The artists behind opera and ballet set design

From surrealist painters to comic book artists, the world of opera and ballet has attracted a diverse range of artists. 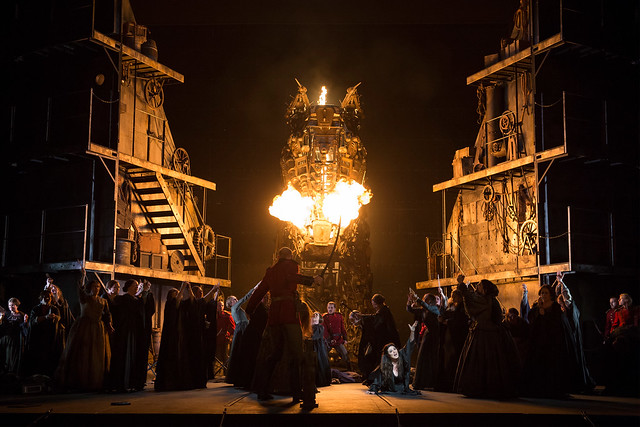 From the city of Troy with its enormous fire-breathing horse (Les Troyens) to a fairytale fantasy land with magical rabbit holes (Alice’s Adventures in Wonderland), the set is an integral part of any opera or ballet.

On the heels of Metamorphosis: Titian 2012, a trio of new ballets that included designs by leading visual artists Conrad Shawcross, Mark Wallinger and Chris Ofili, we take a look at a selection of other artists who have also turned their hand to set design. 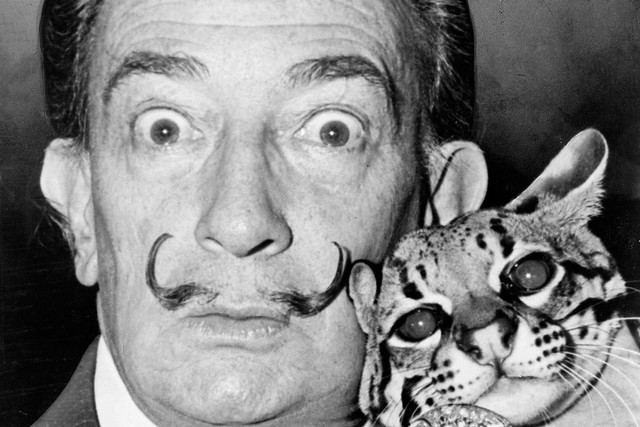 In 1949, opera audiences were outraged by Peter Brook’s production of Salome, which featured designs by the controversial surrealist painter Salvador Dalí. Brook, Director of Productions at the Royal Opera House, believed that Dalí was the only painter capable of capturing both the “erotic degeneracy of Strauss’s [music] and the imagery of Oscar Wilde’s [story]”. However, Dalí’s bold designs, which included surrealist costumes and freakish pomegranate and peacock-feather sets, were considered by some to reduce the opera to a farce - we can only wonder what the audience would have thought of the flying hippopotamus that Dalí had originally planned to include in the production!

Rex Whistler, set and costume design for The Rake’s Progress, 1935.

Joshua Tuifua as The Fencing Master in The Rake's Progress. © ROH/Dee Conway. 2006

The Rake’s Progress, choreographed by founder of The Royal Ballet Ninette de Valois (distinct from the opera by Stravinsky), was inspired by a series of paintings by social satirist William Hogarth. Based in murky 18th-century London, they depict the fall from grace of a young man corrupted by wealth. English painter, designer and illustrator Rex Whistler designed the set and costumes for the 1935 production. His designs, which evoke the colours of Hogarth’s London, are still used today – the ballet was last performed by The Royal Ballet in 2006. Whistler was also noted for his illustrations for books such as Gulliver’s Travels and Hans Christian Andersen’s fairy tales.

Sidney Nolan, set and costume design for The Rite of Spring, 1962.

Sidney Nolan, one of the foremost modern artists of the 20th century, was known for his paintings based on folklore. In 1962, he designed the set for Kenneth MacMillan’s The Rite of Spring. The ballet, defined by Stravinsky’s dissonant score, angular choreography and a pagan storyline, is a milestone in the development of Modernism. Nolan set the ballet in a nightmarish vision of aboriginal Australia. The dancers wear unisex lycra unitards that are dyed the colour of Australia’s red sand and, to mimic aboriginal body art, decorated with hand prints. The Rite of Spring was last performed at the Royal Opera House in June 2011.

David Hockney, set and costume design for The Rake’s Progress, 1975, and Die Zauberflöte, 1978.


David Hockney, one of the most popular British artists of the 20th century, is known in particular for his iconic pop art of the 1960s. In the 70s, however, he began to develop operatic stage designs and created elaborate sets for productions in New York, France and Vienna. His stylized neoclassical set and costumes for Glyndebourne’s production of The Rake’s Progress in 1975 is widely considered to be a benchmark staging of the opera. Similarly, in 1978, his colourful set for Die Zauberflöte at Glyndebourne, which emphasised ancient Egyptian motifs and magical themes, received as much critical acclaim as the performance itself.

Jamie Hewitt, set and costume design for Monkey: Journey to the West, 2008.

Comic book artist Jamie Hewitt is best known for being one half of virtual-band Gorillaz. He made his first foray into opera in 2007 when he collaborated with Blur frontman Damon Albarn in Monkey: Journey to the West. A 90-minute rock 'n' roll circus, the production included stunning acrobatics, choreographed fights and distinctive comic-book-style animation. Though described by some as a cartoon opera, there can be no doubt that it packed an impressive visual punch.

Other artists who have been involved in set design include master of modernism Pablo Picasso, whose ballet set designs were recently exhibited at Tate Britain.

What did you think of the recent artistic involvement in Metamorphosis: Titian 2012, and aside from those examined here, are there any other designs you think have worked particularly well?