The A-Z of Richard Strauss: X is for Xylophone

Strauss is often the favourite composer of percussionists, offering plenty of things to hit, chime and ring. 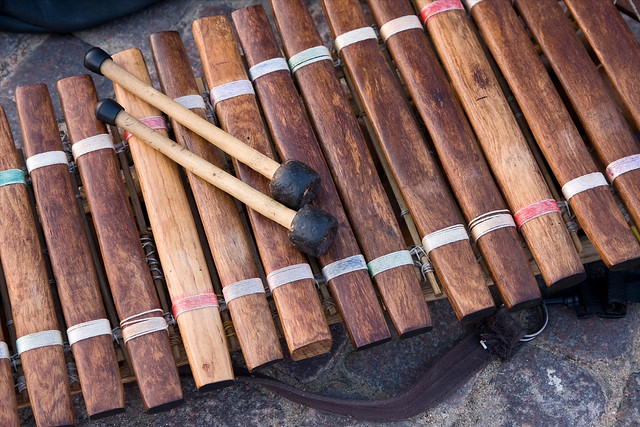 Richard Strauss employed a wide range of percussion instruments in his works, including the xylophone.

Although the score of Salome – one of the composer's most famous operas – contains no mention of the xylophone, a Holz- und Strohinstrument (wood and straw instrument) is listed. The name of this precursor to the xylophone describes the crude way in which the wooden bars of the instrument rested on straw supports. Such a design may suggest delicate, restrained usage but Strauss was characteristically demanding of its player, writing streams of semiquaver scales for the frenzied climax of the ‘Dance of the Seven Veils’.

Salome is far from being Strauss's most extravagant score when it comes to such percussive effects. Die Frau ohne Schatten, for instance, boasts a glockenspiel, xylophone (listed under its modern name), five Chinese gongs, cymbals, side drum, rute (bound birch twigs), sleigh bells, bass drum, large tenor drum, triangle, tambourine, two pairs of castanets and tam tam. All these instruments compete for pit space with the glass harmonica, two celestas, and two harps; as well as the wind machine, thunder machine and four tam tams off stage. It adds up to a gigantic orchestra of over 100. 'It is extraordinary that Strauss had a brain that could conceive all [the opera] and a heart to express it', said conductor Semyon Bychkov in a recent interview.

2014 sees the 150th anniversary of Richard Strauss’s birth. The composer has been celebrated at the ROH with stagings of Die Frau ohne Schatten (which ran until 2 April 2014) and Ariadne auf Naxos (which ran until 13 July).