The A-Z of Richard Strauss: S is for Salzburg

Mozart might be the city's most famous son, but Strauss and the Salzburg Festival ensure it remains relevant in today's musical world. 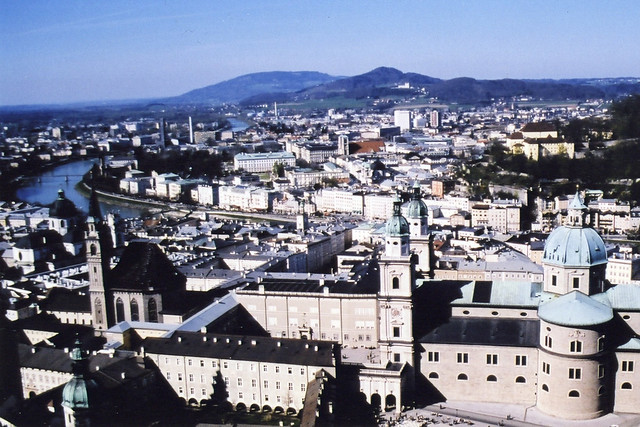 The Austrian city of Salzburg is perhaps most famous as the birthplace of Mozart. It's also situated around 100 miles east of Richard Strauss’s home in Garmisch.

Festivals celebrating Mozart have taken place there since the late 1870s. In 1917, Strauss, Hugo von Hofmannsthal, director Max Rheinhardt, designer Alfred Roller and the conductor Franz Schalk – with whom Strauss ran the Staatsoper in Vienna from 1919 to 1924 – collectively decided to formalize these efforts and widen the festival's remit, creating an annual summer arts festival.

The Salzburg Festival opened on 22 August 1920 with a performance of Hofmannsthal’s Jedermann play, a work now performed each year. In 1922 the work of Strauss and Mozart briefly converged as Strauss conducted Don Giovanni, the first operatic production staged at the event.

The Salzburg Festival has since been home to the premiere of the revised version of Strauss and Hofmannsthal’s Die ägyptische Helena in 1933 and the first performance of Die Liebe der Danae after Strauss’s death, staged in 1952. The production had originally been planned for 1944, but following the 20 July plot to assassinate Hitler, Joseph Goebbels declared ‘total war’ and closed all the theatres and performing venues within the Third Reich. However, the Nazis permitted one dress rehearsal of Die Liebe der Danae – the only time Strauss would hear the work live. The Salzburg Festival has continued to proselytize its founder’s work.

View other posts in our weekly Richard Strauss A-Z series.