The A-Z of Richard Strauss: G is for Garmisch

The composer created a sanctuary from the outside world high in the Alps. 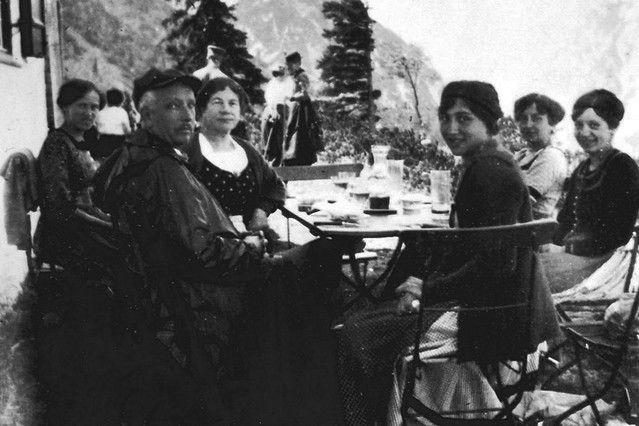 Richard Strauss and his family in Garmisch, c. 1940. Author Unknown

Garmisch is the town in the Bavarian Alps where Richard Strauss made his home.

The old Teutonic settlement is now part of Garmisch-Partenkirchen, together constituting a major stopover on the route south to Italy.

During the late 19th century, Garmisch became a retreat for wealthy Munich residents – a trend enhanced by the opening of the railway at the beginning of the 20th century. It was here, after the success of Salome, that Strauss decided to build a home. Kaiser Wilhelm II had disapproved of the opera after its premiere, saying 'This Salome will do you no good'. ' The "no good" enabled me to build my house in Garmisch,' Strauss later mused, albeit in the privacy of his own diary. 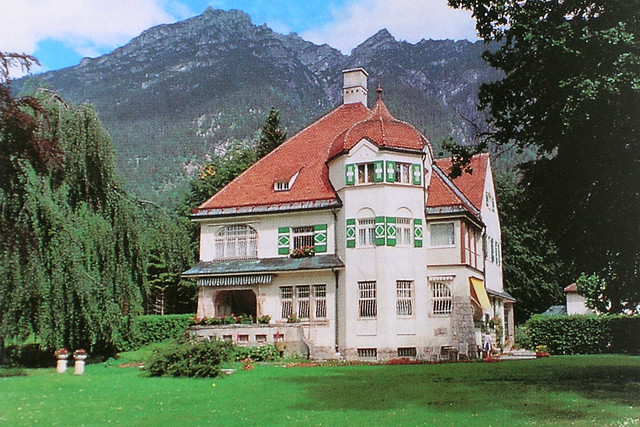 The Villa Strauss was built by the Bavarian Jugendstil (Art Nouveau) architect Emanuel von Seidl, and Strauss lived and worked there for the rest of his life. The Villa was nearly commandeered during the war, following a decision high up in Hitler’s command that it should be used to house evacuees from Munich. Strauss fought the pronouncement and it was eventually overturned, albeit bringing an end to all ‘personal dealings’ between Strauss and the Nazis. Left alone, Strauss focussed once again on his music, until American troops arrived on 30 April 1945, demanding use of the house. Strauss, now an aged man, simply stood at the end of his drive and said, ‘I am Richard Strauss, the composer of Der Rosenkavalier and Salome’. Luckily the particular soldier ordered to seize the Villa was fond of Strauss’s music. So apart from keen autograph hunters, Strauss was left alone for the remainder of his days.

2014 sees the 150th anniversary of Richard Strauss’s birth. The composer is celebrated at the ROH with stagings of Die Frau ohne Schatten (until 2 April) and Ariadne auf Naxos (25 June-13 July). Tickets for both are still available.