The A-Z of Richard Strauss: A is for Pauline de Ahna

Strauss's wife inspired some of the greatest roles he wrote. 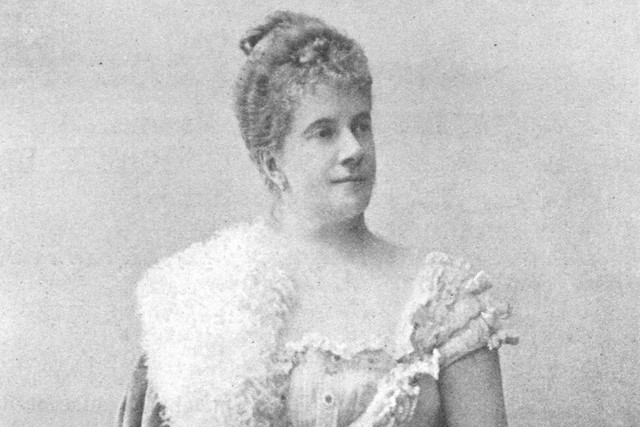 Pauline de Ahna (1863–1950) was Richard Strauss’s wife. She was a soprano, who trained in Munich, as well as having private lessons with her future husband.

De Ahna and Strauss first met on the shores of the Starnbergersee, the great lake south of Munich, during the summer of 1887. Three years later, Pauline was making her professional debut as Pamina in Die Zauberflöte in Weimar. She sang the role of Elisabeth in Tannhäuser at Bayreuth in 1891, as well as one of the Flowermaidens in Parsifal.

In 1894, she created the role of Freihild in Strauss’s first - highly Wagnerian - opera Guntram and the couple married on 10 September that year. Strauss gave his wife a set of four Lieder (op. 27) as a wedding present, including the glorious song ‘Morgen’. It is no exaggeration to say that, even after Pauline’s retirement from the stage in 1897, Strauss continued to hear her voice whenever he composed. She is immortalised in his large output of songs and, of course, in the major roles he wrote for sopranos, from Salome through to Ariadne and the Empress in Die Frau ohne Schatten, and finally, the Countess in his last opera Capriccio. More touchingly (and amusingly), Pauline appears as Christine Storch - a composer’s wife - in Strauss’s semi-autobiographical opera Intermezzo.

2014 sees the 150th anniversary of Richard Strauss's birth. The composer will be celebrated with stagings of Die Frau ohne Schatten (14 March-2 April) and Ariadne auf Naxos (25 June-13 July). Tickets for both are still available.