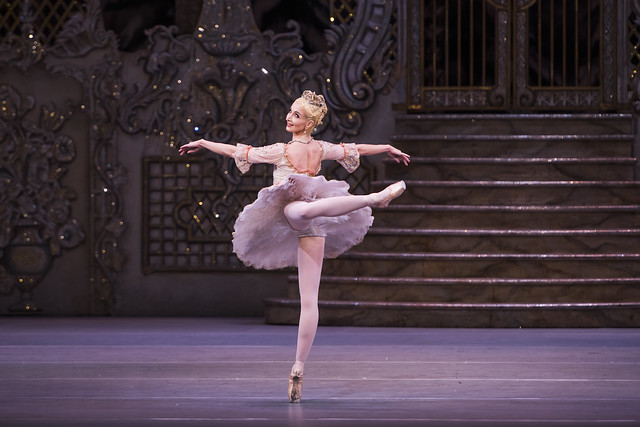 Lauren Cuthbertson as the Sugar Plum Fairy in The Nutcracker, The Royal Ballet © ROH 2015. Photograph by Tristram Kenton

Christmas wouldn’t be Christmas without shed-loads of sugar. And maybe that’s one of the reasons behind The Nutcracker’s enduring festive popularity. The ballet’s candied cornucopia of sugar-frosted fancies makes it the sweetest work in the repertory – but every Nutcracker is different, each choreographer selecting his sweeties with the greatest discernment (and even sometimes taking the sugar-free option). So where did this tradition come from? We go back to the sugary source…

It all starts with E.T.A. Hoffmann’s short story Nussknacker und Mausekönig (The Nutcracker and the Mouse King). Though the story itself is not exactly child-friendly (including a fearsome seven-headed mouse that attacks the heroine), Hoffmann pays tribute to the great sweet-making tradition of his Nuremberg setting, in a magnificent sugar fantasia. The protagonists travel along a path of nougat by a lemonade river that winds past the glistening Bonbonville, and cross Rosewater Lake to reach the capital Confiturembourg, itself topped by the Marzipan Castle. 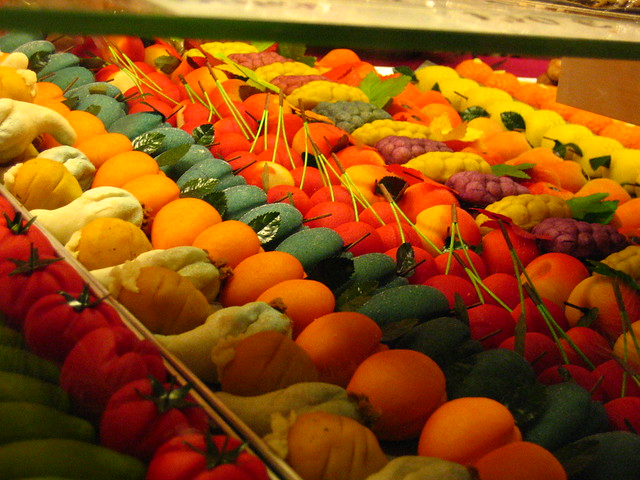 The ballet reins it in a little – but not much. The original scenario was developed by choreographer Marius Petipa and Mariinsky director Ivan Vsevolozhsky, who used a somewhat more palatable translation of the Hoffmann by Alexandre Dumas père (fewer heads on the rat, just as much sugar). Petipa and Vsevolozhsky boiled down Hoffmann’s sweetmania into the tried and tested ballet framework of a series of national divertissements, given for royal entertainment.

Presiding over the display are the regal Sugar Plum Fairy and her Prince Coqueluche. Though sugar plum today doesn’t mean anything more than the character in the ballet (and her wonderful celesta accompaniment), to the original audience it was a fittingly sophisticated treat: a cardamom or caraway seed cast in spun sugar, a virtuoso test of the confectioner’s craft. Her prince is rather less glamorous: ‘coqueluche’ means ‘whooping cough’, making him the equivalent of a dancing cough drop, albeit a very elegant one.

Of the divertissements, there are three national-inspired dances that feature in most traditional productions – of which Peter Wright’s 1984 production for The Royal Ballet is an exemplar. First there’s the Spanish Dance, for chocolate; then the Arabian Dance, for coffee; and the Chinese Dance, for tea. These might seem humdrum treats now, but for the ballet’s creators more than a century ago, and Hoffmann before them, these were luxuries that carried an aromatic whiff of exoticism, masterfully expressed in Tchaikovsky’s music.

Less familiar to British audiences are Mère Gigogne and her polchinelles – Mother Ginger and a host of little clowns that tumble from beneath her voluminous skirts (an idea inspired by a skirt-shaped biscuit tin popular in 1890s Russia). The Gigogne in George Balanchine’s adored 1954 production for New York City Ballet is played by a man on stilts, teetering within a nine-foot wide skirt. Balanchine also returns to the original sweet associations for the remaining divertissements. In place of Mirlitons, or little flutes, we have Marzipan Shepherdesses (a nod to characters in the original Hoffmann); the jumping Trepaks are armed with hoops to become the Candy Canes; and the blooms in the Waltz of the Flowers are spun from sugar.

But why stop there? The Nutcracker has long been fair game for radical reinterpretation, and perhaps one of the most striking of recent years is Matthew Bourne’s Nutcracker!. His Clara lives unhappily in an orphanage in Act I, and in Act II her imagination runs wild within a corner-shop sweet counter. ‘Her friends become the fluffy Marshmallow girls, the yobby Gobstopper boys, the vain Liquorice Allsorts trio and the lewd and sticky Knickerbocker Glory’, says Bourne. ‘Everything is edible in Sweetieland and its inhabitants are judged not by how they look but by how they taste!’

The Nutcracker runs until 12 January 2017. Tickets have now sold out, but returns may become available.