Stravinsky and ballet: 'See the music, hear the dance'

It's not only about The Rite of Spring: join us as we look at some of Stravinsky's other iconic ballet scores. 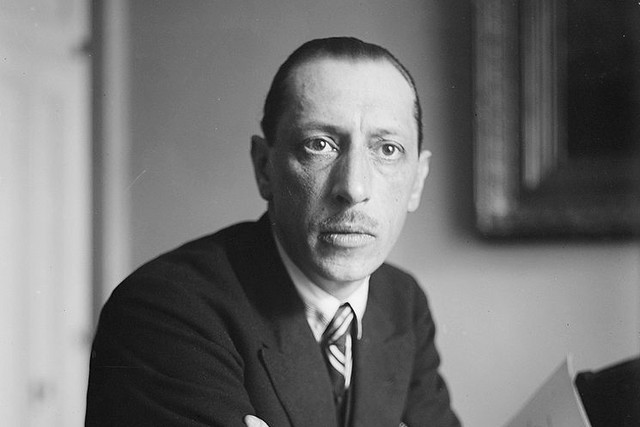 'The music of Le Sacre du Printemps (The Rite of Spring) baffles verbal description...it has no relation to music at all as most of us understand the word'. So ran a 1913 review in the Musical Times of perhaps Igor Stravinsky's most iconic ballet score. Still, despite initial criticism and the much-discussed 'riot' at the premiere, Stravinsky's contribution to dance has proved to be a considerable one.

From its eerie opening with chromatic low strings to its glowing and exultant finale, The Firebird is a masterpiece of a ballet score. It was the first of Diaghilev's Ballets Russes productions to have a completely original score composed for it, and with its folktale-inspired narrative, the piece was originally intended as a Russian nationalist ballet. A number of different versions of the score exist, including at least three orchestral suites for concert performance – the first of which had its premiere in 1911 – which have led The Firebird to become a popular concert work as well as an acclaimed ballet. Stravinsky had been Diaghilev’s second choice as composer for the score of The Firebird (he originally wanted Anatoly Lyadov) but the success of the premiere made Diaghilev realize that he was onto a good thing in working with the 28-year-old composer. ‘Mark him well’, Diaghilev told ballerina Tamara Karsavina, ‘He is a man on the eve of celebrity’.

This ballet about a peasant wedding had its premiere in 1923, but Stravinsky first conceived the idea of it in 1913, while working on The Rite of Spring, and he originally planned the work for a similar-sized expanded symphony orchestra. Stravinsky rewrote Les noces several times – one of his versions was scored for roll-operated instruments including pianolas, however this was abandoned when the Parisian piano firm constructing some of the instruments repeatedly delayed delivery. Les noces's score is written for four solo singers and chorus as well as instruments. Stravinsky writing the libretto himself, using lyrics from Russian folksongs. The ballet has an extraordinary sound world: in place of an orchestra, Stravinsky eventually scored the work for a vast battery of both tuned and untuned percussion and no less than four grand pianos.

The first of several collaborations between Stravinsky and Russian/American choreographer George Balanchine saw the composer inspired by 16th and 17th century French baroque music, in particular works by Jean-Baptiste Lully. The youthful 24-year-old Balanchine took visual cues from Stravinsky's music, later writing that when he heard the score, all he could see was pristine white. Such was his clout at the time of the 1928 premiere, that Stravinsky had a great influence on the ballet's choreography - wanting a classical style of dance to match the serenity of the music. 'Dancing is music made visible,' Balanchine later quipped, in one of his oft-quoted and trademark Balanchineisms.

Capriccio for Piano and Orchestra, the score used for 'Rubies' from Balanchine's Jewels, had previously featured as the score for a ballet by Leonid Massine twenty years prior to Balanchine’s choosing it for his 1967 triptych. Still, the piece took on a new life as part of one of Balanchine's most acclaimed ballets. Stravinsky composed Capriccio for Piano and Orchestra from 1926 to 1929 while living in France – he had settled there after the Russian Revolution made it impossible for him to return to his homeland. It was intended as a 'breadwinning' piece, with a virtuosic piano part that (naturally) Stravinsky hoped to perform himself. Capriccio was influenced by the Romantic German composers Carl Maria von Weber (who Stravinsky termed ‘a Prince of Music’) and Felix Mendelssohn, and is a contrast to the composer’s early Russian-infused works, and even his 1928 ballet Le Baiser de la fée (which was inspired by the music of Tchaikovsky). However, despite its neoclassical style Capriccio for Piano and Orchestra sounds distinctly modern, with almost jazz-like tinges to the music. Balanchine’s joyous choreography provides plenty of visual sparkle and pizzazz, giving the piece, transformed into the ballet ‘Rubies, an almost Broadway-esque appeal.

Which are your favourite of Stravinsky's ballet scores?