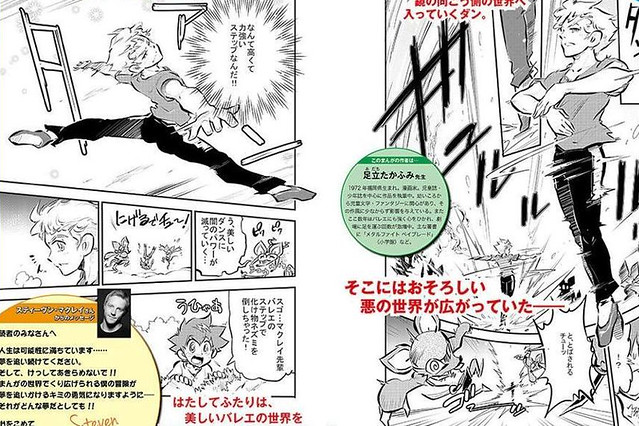 Royal Ballet Principal Steven McRae has been given a manga makeover by Dancin' Magazine following the Company's recent Tour to Japan.

The comic tells the story of ballet student Dan who teams up with Steven to defeat the rat monsters. It was created by Takafumi Adachi.

'I wanted to reach out to both children and adults, and encourage them to pursue their dreams', Steven says. 'I adore the artistic qualities of manga and I believe it captures the passion and determination needed to excel in life. This ballet and manga collaboration is aimed to inspire.'

The issue of Dancin' Magazine featuring Steven is available online via Amazon Japan.

During the Autumn 2013/14 Season, Steven will perform at Covent Garden in Don Quixote, Romeo and Juliet, Chroma and The Nutcracker.