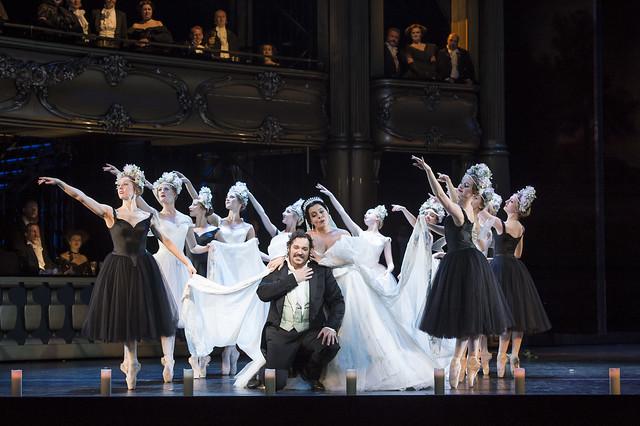 Stefan Herheim’s Olivier award-winning new production had its world premiere in October 2013, and was screened live in cinemas across the world. Read audience reactions to the opening night and the cinema relay.

Watch members of the cast and creative team introduce the production:

The opera, which includes a range of impressive choruses, passionate duets and showpiece arias, is based on historical events from the 13th century, when the French and the Sicilians were in conflict. Stefan Herheim's elaborate production is set in a spectacular re-creation of the Paris Opéra of the 1850s. The director also explores the conflict between artists and those who want to abuse art

Find out more in our Opera Essentials article.

You can buy the DVD now from the Royal Opera House Shop.