Smells like teen spirit: The pieces that cemented Mozart’s reputation as a childhood prodigy

At the age when most of us are studying at school, Mozart was travelling around Europe performing, teaching and composing operas. 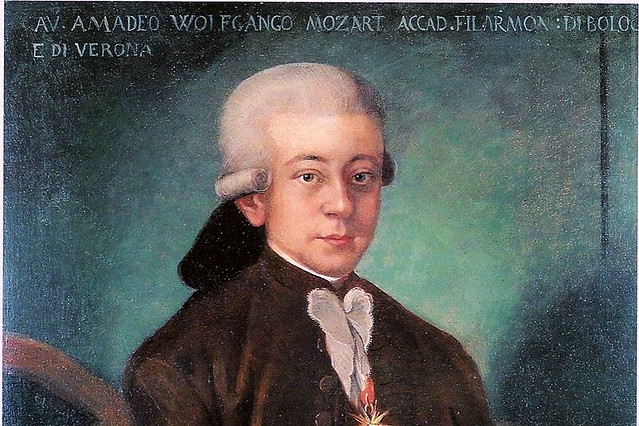 Life as a child prodigy is not all fun and games. At the age when most of us are starting school – the age of five – Mozart was beginning a frantic musical career that would take him all over Europe. By the time he turned 20 he had completed nine operas, many for leading European courts. His letters home reveal the excitement, and the pressures, of life on the road – while the operas themselves are not only impressive for one so young, but are wonderful works in their own right:

Mozart was 11 when he wrote his first opera – and the first performers were not much older, aged between 12 and 23 (not that you would guess it from the difficulty of the music). The premiere of his first true opera took place at the Finalkomödien at the Benedictine University in Mozart’s home town of Salzburg. For this annual end-of-year extravaganza of music and drama Mozart provided this charming 70-minute intermezzo (interlude).

Mozart’s second opera (The Fake Innocent) was written for Vienna, but intrigue at court – including aspersions cast as to whether such music could really be written by a 12-year-old – meant that it wasn’t performed until the following year, in Salzburg. This opera buffa shows a thorough command of the Italian language and of the genre’s specific requirements, particularly in the extended, multi-sectional finales, very much in vogue at the time.

If the 12-year-old Mozart was in need of solace after the foiled premiere of La finta semplice he might have found it in the warm reception his entertaining Bastien und Bastienne received. This Singspiel (a German ‘sung play’) was first performed in private at the house of Dr Franz Mesmer, the father of hypnotism. Mozart responds to the pastoral setting of the story with music of delightful simplicity, marked with some striking dramatic features, best-known of which is Doctor Colas’ nonsense-filled magical invocation.

Mitridate was Mozart’s first opera seria and his first commission from the illustrious court of Milan. Singers arriving late to rehearsal meant much of the music was written at great speed, the 14-year-old Mozart writing in a letter, ‘My dear Mamma, I cannot write much, for my fingers are aching from composing so many recitatives’. The opera was a tremendous success, and showed again the young composer’s rapid mastery of genre form and his own dramatic instinct.

Mitridate was swiftly followed by a further commission from Milan, resulting in this serenata, a shorter, celebratory work commissioned as part of wedding celebrations for the Archduke. As would be expected for the occasion, Ascanio is another pastoral piece, this time celebrating arranged marriage; but the music is enlivened for modern ears by its inventive choral writing and brilliant dramatic effects.

Il sogno di Sicipione (The Dream of Scipio) is another occasional piece, probably commissioned form the 16-year-old Mozart to mark the 50th anniversary of the ordination of the Archbishop of Salzburg, a firm supporter of the Mozart family. The Archbishop’s death in January meant that Il sogno’s premiere was most likely performed for the new Archbishop Colloredo – who was to make life difficult for the Mozarts.

The premiere of Mozart’s third opera for Milan came two years to the day after the premiere of Mitridate. Late arriving singers and last-minute changes to the libretto had again meant a lot of the opera was written in haste (Mozart wrote to his mother, ‘I can think of nothing but my opera and I am in danger of writing down not words but a whole aria’) – but following a shaky start caused by the very late arrival of the Archduke, Lucio surpassed even the success of Mitridate.

Mozart returned to opera buffa for The Pretended Garden-Girl, his first commission from the Munich court and first performed shortly before his 19th birthday. Though the premiere had to be delayed to allow extra rehearsal time it was another triumph: Mozart wrote delightedly that it ‘was such a success that it is impossible for me to describe the applause to Mamma’. Mozart again showed his mastery of form while impressively characterizing the large cast, anticipating the achievements of his mature operas with Lorenzo da Ponte.

Il re pastore (The Shepherd King) was another commission for the Archbishop’s Palace in Salzburg and was Mozart’s last stage work to be completed before his 20th birthday. He wrote it in double-quick time, fresh from the success of La finta giardiniera in Munich – taking a popular opera seria libretto by Metastasio and boiling it down into the shorter serenata format. Though inevitably less musically complex than La finta giardiniera and Il re pastore, its dramatic power is an important stepping stone in the path to Mozart’s first mature opera: Idomeneo.