Singer-songwriter Sasha Siem on inspiration, writing string quartets and performing at the ROH

British-Norwegian composer hailed as one to watch in 2013. 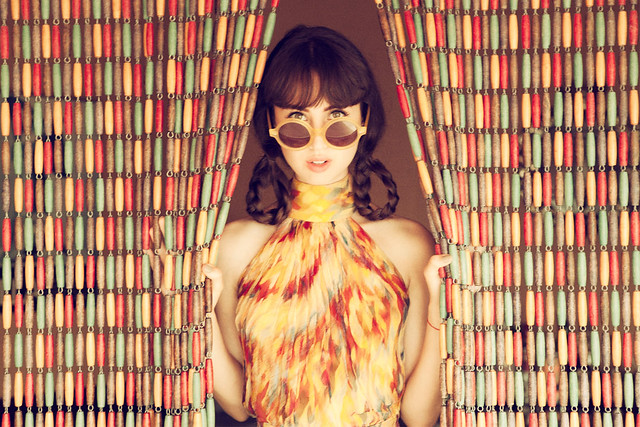 It looks to be an exciting year ahead for singer-songwriter Sasha Siem. The British-Norwegian composer, who will present a song cycle entitled Most of the Boys in the Linbury Studio Theatre in February, has been hailed as a talent to watch during the year ahead by the Guardian, the Times and Time Out New York. This year will also see the release of her debut album recorded with producer David Kahne (The Strokes, Regina Spektor, Lana Del Rey). We caught up with Sasha to find out what inspires her and why she’s so excited about her latest work:

What can we expect from Most of the Boys?

It’s a collection of 12 songs for one female character. I think of each as being a mini opera. Even though they don’t tell a story in a linear way, they all connect up and inhabit the same world; inviting you into the character’s inner life and hinting at her story.

On the experimental pop side, I’ve been influenced by Tom Waits, Björk, Andrew Bird and Joanna Newsom and by Claude Vivier and Salvatore Sciarrino on the contemporary classical side. Although these musicians are diverse, they actually have a lot in common. All of them are working with sound and timbre to make something come alive in ways your ears haven’t heard before; to push boundaries of form and create new combinations of sounds.

I’m also working with directors Ted Huffman and Zack Winokur, who are both very charismatic characters with interesting brains. They’re really bringing out the theatrical element.

You’ll be performing accompanied by a string quartet. What have been the main challenges in writing for an ensemble?

Writing a string quartet is something of a rite of passage for a composer, because it’s challenging from a technical point of view and because so much has been written for it already. How do you make it fresh and relevant to our ears today? How do you make it come alive and produce sounds that you’d never expect?

I try to use the quartet differently. There are lots of fun playing techniques, from col legno (using wood of the bow) to playing behind the bridge (for a really high noise); we even have one song where they play a tremolo using a chopstick between the strings!

This song cycle follows on from your debut EP Knots and Do Nots. What do you like about writing song cycles?

With songs, you have a very defined format. As a result, there is a very exciting dynamic between the container and the contained – the content. You can have a very particular type of impact because you have a frame of reference, as does the listener. It allows you to subvert or set up expectation and I find it fun to play with this.

Do you think it’s a disadvantage that it’s hard to categorize your music?

My music is an organic fusion of the different music that I love and respond to. I don’t think that’s a disadvantage. The world is so much freer today than it was even five years ago. There’s a really sophisticated audience out there, who are discovering, curating and supporting music across previously impermeable generic boundaries.

After being touted as ‘one to watch’ in 2013, what are your plans for the rest of the year?

We’re planning to release these 12 songs as my debut album in May, and will be releasing an EP to coincide with the Royal Opera House dates. I feel it marks a very important departure for me and that a lot of things have come together in this work. It feels like a fresh start and like the truest way that I have to express myself at the moment.

Most of the Boys is generously supported by the PRS for Music Foundation through Women Make Music. Sasha Siem will be performing in the Linbury Studio Theatre on 1 and 2 February 2013. Tickets are still available.

This article has been categorised Music and tagged by Ted Huffman, interview, Mivos Quartet, Most of the Boys, Production, Sasha Siem, Zack Winokur