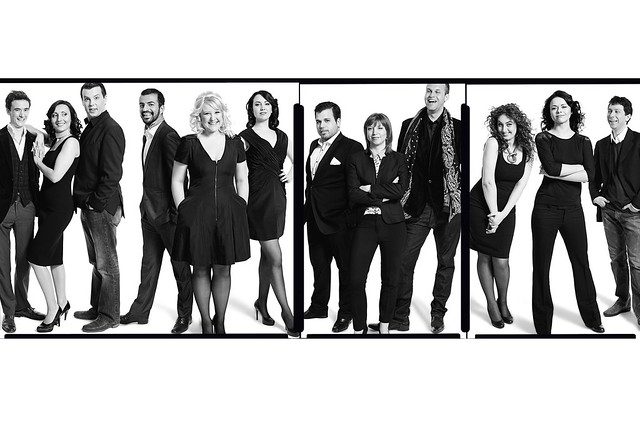 The Jette Parker Young Artists will be performing in a series of lunchtime recitals over the forthcoming weeks.

‘The lunchtime recitals offer the public the chance to hear performers in a more intimate surrounding, up close and without an orchestra rather than in a big theatre,’ says David Gowland, Artistic Director of the Jette Parker Young Artists Programme.

‘I insist that all of the Young Artists do a lunchtime recital,’ he continues. ‘It’s one thing developing your craft for a big opera stage, but it’s quite another to engage with an audience right there and sustain yourself for an hour on your own.’

The lunchtime recitals, which take place in the Crush Room, Linbury Studio Theatre or the Paul Hamlyn Hall, are free to attend and tickets can be reserved online up to nine days before the concert.

On 28 October, British baritone Ashley Riches, who is now in his second year of the programme, will perform a programme entitled ‘myths’ that includes songs by Schubert, Liszt and Saint-Saëns among others.

‘I often suggest repertory that will take the artists out of their comfort zone in terms of language and style,’ explains David. ‘It gives them the opportunity to learn a group of songs with the greatest coaches in singing, language and stagecraft.’

Throughout the course of the Season, the Jette Parker Young Artists perform in a variety of main stage productions, concerts and recitals, as well as covering lead roles. At the end of the year, their work is showcased in a JPYA Summer Performance. Find out more about the annual performance.

The Jette Parker Young Artists Programme is supported by the Oak Foundation. Find out more about the programme in our News and Features section.