Poet and author joins rehearsals and performances for Faustian Pack series in March and April 2014. 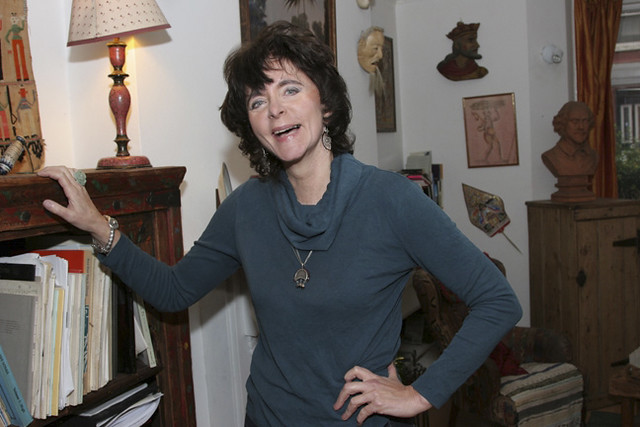 What is opera in 2014? What is an opera house? What does it do and who is it for? What can opera say to the wider world? Who responds to it, writes about it, blogs about it, reviews it? Does anyone in The Archers or on Eastenders listen to opera or go to see one? If not, why not?

For the Criticism Now project at King's College London’s Cultural Institute, Ruth Padel, a leading UK poet and Teaching Fellow in Creative Writing at KCL – who is herself a singer and has written about opera, rock music and Greek drama – will join The Royal Opera as its first Writer in Residence.

The Royal Opera House has two performing spaces, the traditional main stage and the smaller Linbury Studio Theatre, for more intimate contemporary work. This spring The Royal Opera is rehearsing three works based on themes explored in the Faust legend. For the first time, The Royal Opera has commissioned two modern operas for the Linbury, linked to a simultaneous large-scale production on the main stage. David McVicar’s lavish production of Gounod’s Faust opens on 4 April, and, alongside preparations for opening night, two new operas – opening on 3 and 5 April – are being created by two very different contemporary composers, Luke Bedford and Matthew Herbert.

Invited to write operas on the themes of Faust, Luke and Matthew have come up with original and exciting takes on the ancient story. Luke's Through His Teeth begins in a television interview after a high-profile fraud trial. Matthew's The Crackle opens in a school classroom and uses Chirp, an iPhone/Android app that turns pictures on your mobile device into sounds.

Ruth will be with singers, conductors, composers, directors and designers from the beginning of rehearsals. She will tweet from rehearsals (@ruthpadel), and a series of blog posts on the subject 'What is an Opera?' will explore how a work develops within The Royal Opera.

Ruth will interview the many people – among them designers, directors, conductors, singers, lighting engineers, stage managers and stage crew – whose hard work goes into making a single production.

In her blog posts, she will ask what opera is, why we need it in the 21st century and how audience members can respond to it. Most people feel comfortable sharing their opinions, criticism and enjoyment of new films and TV programmes; is there more of a reluctance to talk about opera?

Ruth will also be helping the ROH run a competition for the most perfect and crystalline Tweet responses to all three Faust operas. Prizes will include tickets for an opera, a DVD of an ROH performance of Gounod’s Faust and tickets for the popular ROH Backstage Tour.

Find out about all the events in the Faustian Pack series.