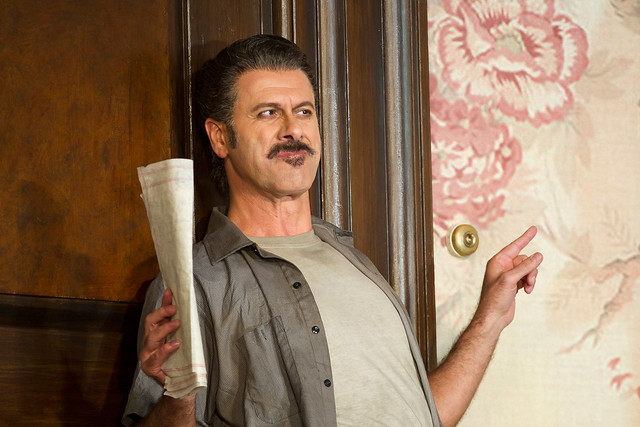 The DVD/Blu-Ray release of Richard Jones's Royal Opera production of Puccini's Il trittico has won a prestigious Gramophone award in the opera category, courtesy of a public vote.

The Olivier-nominated production features a triptych of three one-act operas - Il tabarro, Suor Angelica and Gianni Schicchi. It stars Eva-Maria Westbroek, Aleksandrs Antonenko, Lucio Gallo, Ekaterina Siurina and Ermonela Jaho and was described by Gramophone magazine as being 'a high point for live opera on DVD'.

Other winners this year include John Eliot Gardiner (in the Baroque Vocal category for Bach's Motets with the Monteverdi Choir), Mark Elder (in the Choral category for Elgar's The Apostles with the Hallé Orchestra) and Jonas Kaufmann (in the Vocal category for a collection of Wagner Arias with the Orchestra of the Deutsche Oper). These artists will all appear at Covent Garden during the 2013/14 Season in Le nozze di Figaro, Wozzeck and Manon Lescaut respectively.

One of the 11 winners will be revealed as the recording of the year at a ceremony at LSO St Luke's on 17 September.

Il trittico is available to buy from the ROH Shop.