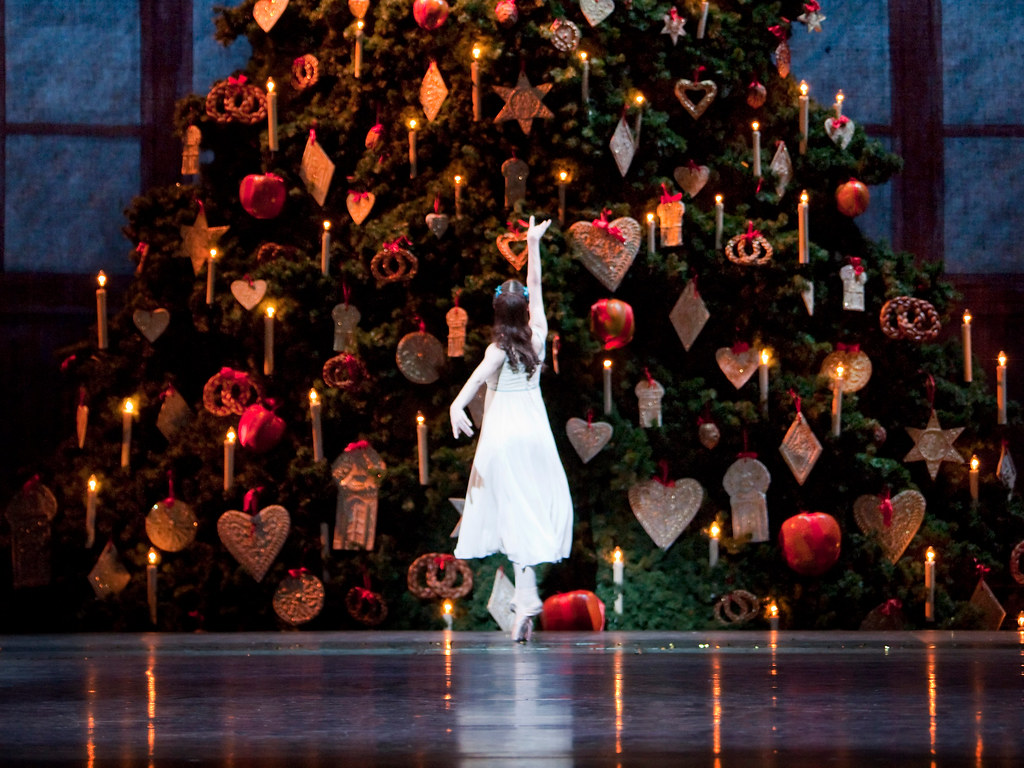 Elizabeth Harrod as Clara in The Nutcracker © Johan Persson/ROH 2009

Royal Opera House unveils biggest programme of streamed ballet and opera in its history, just in time for Christmas

It has never been easier for audiences to access the world’s best ballet and opera anywhere, anytime.

The Royal Opera House today announces its biggest ever programme of streaming and digital content, across a range of platforms, brought straight from our house to your house and available throughout the Christmas period.

With free online broadcasts from our archives, live pay per view performances from our beautiful Covent Garden theatre, and an array of cultural highlights across Netflix, Now TV, YouTube, Scala Radio, Sky Arts, Marquee TV and the BBC, it has never been easier for audiences to access the world’s best ballet and opera anywhere, anytime.

Live performances, broadcast directly from our stages, continue apace at the Royal Opera House and we are delighted to present a roster of festive operatic highlights in The Royal Opera Christmas Concert. Presented by Roderick Williams and conducted by Mark Wigglesworth, this live concert features world-class talent in work by composers including Rossini, Puccini and Mozart. With the addition of highlights from Humperdinck’s tuneful Hansel and Gretel and Vaughan Williams’ Fantasia on Christmas Carols, this performance promises to complete your Christmas viewing experience this year.

Our programme of online broadcasts, available via the ROH website, continues throughout December, featuring archive favourites from The Royal Ballet including Frederick Ashton’s Enigma Variations (2019), a showcase for the expressiveness of The Royal Ballet’s dancers, and Christopher Wheeldon’s family favourite Alice’s Adventures in Wonderland (2017). The Royal Opera also present the 2020 revival of Richard Jones’s 2017 production of Puccini’s La bohème, starring Sonya Yoncheva as Mimì, Charles Castronovo as Rodolfo, Andrzej Filończyk as Marcello and Simona Mihai as Musetta with the Orchestra of the Royal Opera House and the Royal Opera Chorus conducted by Emmanuel Villaume.

Christmas wouldn’t be Christmas without The Nutcracker, and we are excited to present archive productions of this festive favourite in cinemas, in association with Scala Radio, Marquee TV, Sky Arts, Now TV, and on-demand through the ROH’s new partnership with Netflix. Netflix viewers can also experience the very best of opera as we present Richard Jones’ 2017 production of La bohème, starring Nicole Car and Michael Fabiano and conducted by Antonio Pappano.

Royal Opera House productions will also be available to watch and listen to as part of our ongoing partnership with the BBC, with The Royal Opera’s Ariodante in Concert (2020), The Royal Opera Christmas Concert (2020) and Verdi’s Falstaff (2018), starring Bryn Terfel in the title role, all broadcast over the Christmas period on BBC Radio 3. Both The Royal Opera and The Royal Ballet’s all-star gala performances from September and October of this year will also be available to watch on BBC Four. The Royal Opera All Star Gala features much-loved classics of the repertory by Bellini, Bizet, Donizetti, Dvořák, Puccini, Rossini and Verdi; and The Royal Ballet All Star Gala shines a light on the acclaimed artistry and virtuosity of our dancers as well as the dazzling breadth of the Company’s repertory.

We're also delighted to offer two favourites from the Royal Opera House repertory on YouTube for free this Christmas: The Royal Opera's The Magic Flute and The Royal Ballet's Don Quixote both showcase our resident companies at their musical, choreographic and theatrical best with stunning designs and sets, and world-class performances.

A raft of recent productions from both artistic companies will also be available for audiences to watch on Now TV. From The Royal Ballet will be: The Nutcracker (2016); The Sleeping Beauty (2017); a Frederick Ashton mixed programme including The Dream, Symphonic Variations and Marguerite and Armand (2017); Will Tuckett’s sumptuous presentation of the life and loves of Queen Elizabeth I, in Elizabeth (2016); as well as Kenneth MacMillan’s three-act, full-length work based on story of Anna Anderson, a woman who believed herself to be the daughter of the last Tsar of Russia, in Anastasia (2016). Favourites from The Royal Opera will also be available via the platform, including Verdi’s searing tragic opera Il trovatore (2016); Puccini’s Madama Butterfly (2017); Offenbach’s The Tales of Hoffmann (2016); Mozart’s Così fan tutte (2016) as well as Bellini’s operatic masterpiece Norma (2017).

On Sky Arts, audiences can watch The Royal Ballet in: The Nutcracker (2016); Giselle (2017); Frederick Ashton mixed programme including The Dream, Symphonic Variations and Marguerite and Armand (2017); Anastasia (2016);  The Sleeping Beauty (2017) and Alice’s Adventures in Wonderland (2017).

World-class productions from The Royal Ballet including The Nutcracker (2016), The Sleeping Beauty (2017) and Rhapsody (2016) also continue to be permanently available via Marquee TV.