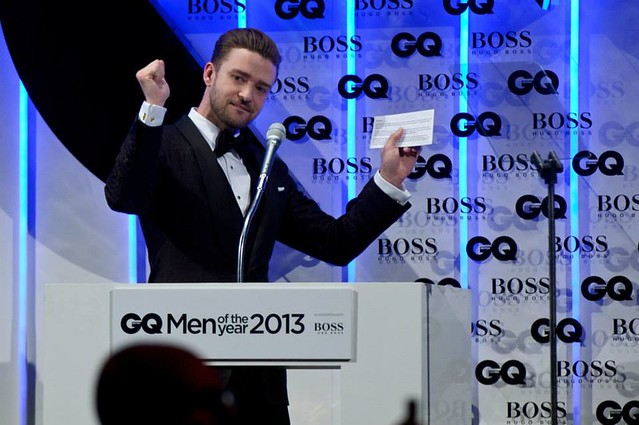 Last night, the spectacular glass-vaulted Paul Hamlyn Hall at the Royal Opera House was transformed for the GQ Men Of The Year Awards.

Michael Douglas was presented with the Legend award, while Noel Gallagher won the Icon Award. Other winners include Boris Johnson (the Politician Award), Elton John (the Genius Award), and Emma Watson (the Woman Award). View the full list of winners.

The Awards, which are now in their 16th year, have taken place at the Royal Opera House for several years. With 570 attendees, this year’s ceremony was the largest dinner ever held in the Paul Hamlyn Hall: in preparation, an extension to the Balconies Restaurant was built – a construction that had to be removed by 9am the next morning.

The Paul Hamlyn Hall, which was originally used as an flower market when first opened in 1860, is now synonymous with some of the capital’s most glamorous awards ceremonies, including the annual BAFTAs. It is also a popular venue for weddings.

Other front of house areas of the Royal Opera House are also available for hire, including the ballet studios and opulent Crush Room. Find out more about venue hire.