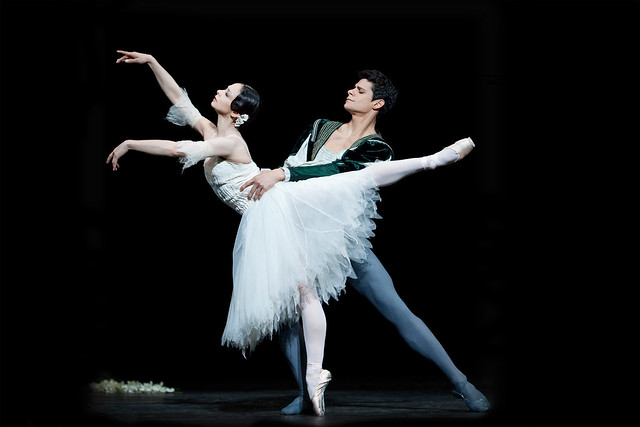 The Royal Opera House is to expand its international links with Brazil through performances, education work and skills training in the city in Rio de Janeiro in late February and early March 2013.

Artists from The Royal Ballet and The Royal Opera’s Jette Parker Young Artists Programme will perform in gala performances at Rio’s Theatro Municipal from Friday 1 - Sunday 3 March. Included among the party will be Brazilian Royal Ballet Principals Roberta Marquez and Thiago Soares.

Former Young Artist Dominic Grier conducts the Orchestra of the Theatro Municipal do Rio de Janeiro, while the Programme’s Artistic Director David Gowland will accompany some pieces on the piano. The performances will open the venue’s 2013 season.

The programme will include:

One of the pas de deux, In the Hothouse by choreographer Alastair Marriott, features mezzo-soprano Justina Gringyte, who will also join soprano Dušica Bijelić and tenor Pablo Bemsch to sing arias and duets from some of great operatic and operetta repertory, including:

As well as the performances, a two-day symposium in partnership with the Theatro Municipal and the British Council’s TRANSFORM Festival will bring together dance teachers and schools, social organizations and professional dance companies in the city. Those present will investigate approaches to ballet teaching and how to use dance as an educational tool. The symposium takes place on Thursday 21 and Friday 22 February and follows previous work with the National Centre for the Performing Arts in Beijing.

The trip to Brazil is intended as a precursor to a proposed tour by The Royal Ballet in 2015. The Royal Opera House has a particular interest in fostering links with Brazil, with large audiences attending cinema relays and substantial numbers engaging with our social media networks.

Ahead of the trip to Brazil, Royal Ballet Principal Roberta Marquez answered audience questions via Twitter.