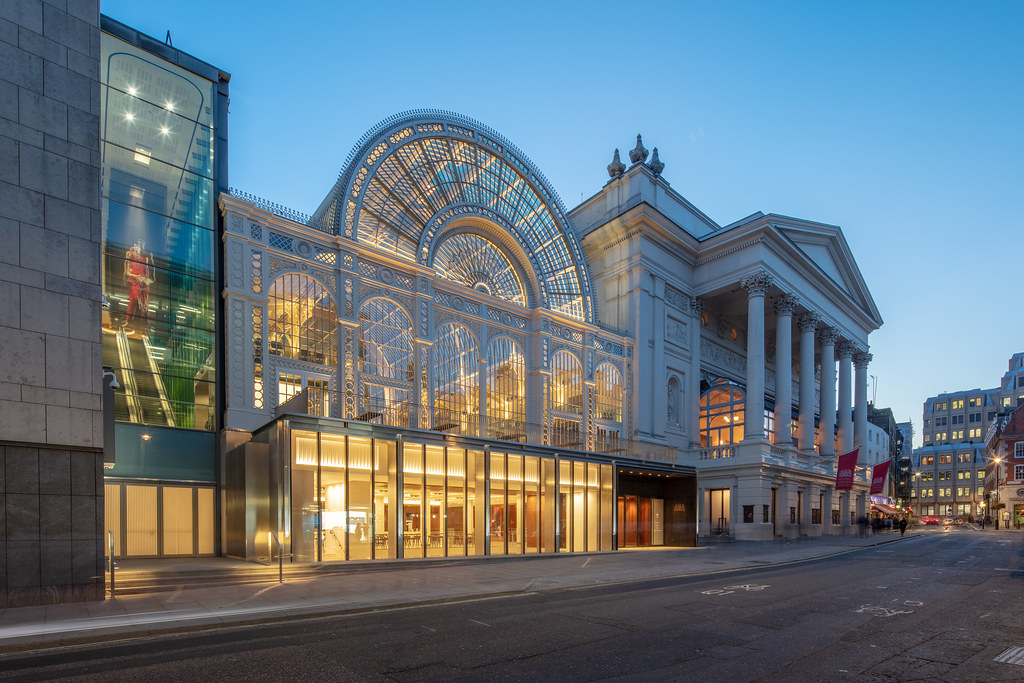 Also joining the Board are Indhu Rubasingham and Lord Browne.

David Ross has been appointed as the new Chair of the Board of Trustees of the Royal Opera House, succeeding the late Ian Taylor, who sadly passed away earlier this year.

The appointment was conducted by the Nominations Committee, chaired by Julian Metherell and included fellow Board members Dame Vivien Duffield, Danny Wyler, Sue Hoyle OBE and Indhu Rubasingham MBE, Artistic Director of the Kiln Theatre, who had recently been elected to join the Board. Moira Sinclair, CEO of the Paul Hamlyn Foundation sat on the committee as an independent member.

The Board and the Executive Team would like to give particular thanks to Suzanne Heywood, Deputy Chair of our Board of Trustees, who has so ably led the organisation through the challenges of recent months as acting Chair of the Royal Opera House. During this time she has helped shape our response to the COVID crisis and our plans for the future.

David Ross is a UK-based entrepreneur and arts philanthropist with a strong commitment to embedding diversity and inclusion at the heart of the arts. In his time as Chair of the Board at the National Portrait Gallery, David made a significant and impactful contribution to reaching children and young people across the UK through meaningful and lasting education programmes.

David is best known for co-founding The Carphone Warehouse Group and his long-standing philanthropic work carried out through the David Ross Foundation. He has a keen interest in British contemporary art and is a passionate supporter of ensuring access to the arts for all. The David Ross Foundation supports a number of organisations and projects across a range of artistic fields, from music to theatre and the visual arts.

David founded Nevill Holt Opera in 2013, opening the RIBA Award-winning theatre on the Nevill Holt estate in 2018 and overseeing the development of its education and community programme that has reached thousands of children across the Midlands. In addition, he established the David Ross Education Trust (DRET), with over 30 Academies across Yorkshire, Lincolnshire and Leicestershire.

Multi award-winning theatre Director, Indhu Rubasingham MBE, also joins the ROH Board and brings with her a wealth of experience from her time at Kiln, embedding the newly refurbished theatre in the heart of the community in Kilburn, North London.

Lord Browne, a former Chairman of the Tate galleries, also joins the board bringing decades of experience including from his time as Trustee of the British Museum and as Vice-President of the Chicago Symphony Orchestra.

On his new role as Chair of the Board of Trustees, David Ross said:

'I am passionate about creating opportunities for all and ensuring that everyone can enjoy our great cultural institutions, artists and musicians. So I am honoured to be appointed to lead the Board of Trustees at an institution as well regarded as the Royal Opera House and will continue the fantastic success achieved by my predecessors. In particular I want to focus on building upon the great education programmes that have been put in place to bring the arts to children across the country. “The Open Up project has provided a wonderful foundation for the future and I look forward to continuing this tremendous work and maintaining the Royal Opera House's position at the heart of British cultural life, as we steer a course through the undoubted challenges ahead.'

'David Ross is a passionate supporter of the arts and has overseen significant change in his time as Chair at the National Portrait Gallery. David’s commitment to education stands out in particular, and we welcome his insight at time of change for ROH and indeed the whole of society. I very much look forward to working closely with David as he leads the Board at this pivotal moment and am very grateful to Suzanne for all her help, support and leadership, particularly during the last very challenging months'.