Focussing on seven operatic premieres in seven cities, the exhibition will explore how social, political, artistic and economic factors have impacted the history of the art form. 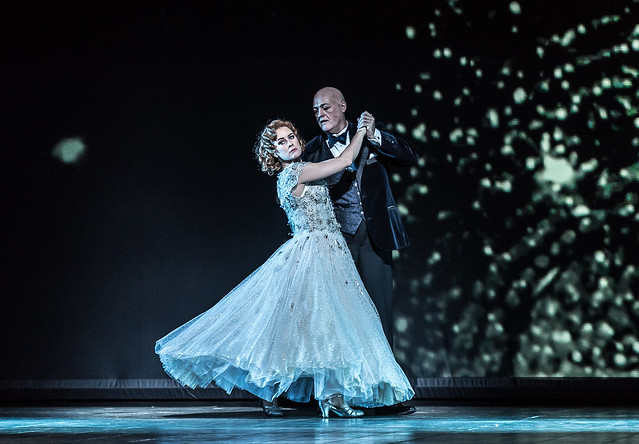 The Royal Opera House and the Victoria and Albert Museum are collaborating on an exhibition examining the history of opera over nearly 400 years.

‘Opera: Passion, Power and Politics’ will run 30 September 2017–25 February 2018 at the V&A, focussing on seven important opera premieres – seven opening nights in seven distinct cultural landscapes – each of which had an impact on the way opera was perceived and performed in the 20th and 21st centuries.

More than 300 operatic objects will be on display including Salvador Dalí’s costume design for Peter Brook’s 1949 production of Salome; Music in the Tuileries Gardens by Edouard Manet, a masterpiece of modernist painting contextualising Wagner’s modern approach to music in 1860s Paris; the original score of Verdi’s Nabucco from the Archivio Storico Ricordi in Milan; and one of two surviving scores from the first public opera (L’incoronazione di Poppea).

Original material from the 1934 St Petersburg premiere of Shostakovich’s avant-garde Lady Macbeth of Mtsensk will be reunited and displayed outside Russia for the first time: these include the composer’s original autograph score, along with stage directions, libretto, set models and costume designs.

Alongside the physical objects, the music of opera will take centre stage with different performances being played via headphones throughout the exhibition. The Royal Opera Chorus will play a starring role, with a 360-degree sound installation of a new recording of ‘Va, Pensiero’ (the Chorus of the Hebrew Slaves) from Verdi’s Nabucco.

‘Opera: Passion, Power and Politics will be an ambitious exhibition from the V&A, the world-leader in innovative performance exhibitions. We are delighted to be working so closely with the Royal Opera House, drawing together their expertise with the V&A’s broad collections to bring the total art form of opera to life in a stunning new space.’

‘One of the first things I did when I arrived in London in 2011 was to reach out to leaders of other important cultural organizations. But I could not have imagined then that my first meeting with Martin Roth (then director of the V&A) would have resulted in an incredible collaborative journey that now results in this marvellous and immersive exhibition being born. The exhibition will show us opera as the soundtrack to the history of Europe. We hope to show audiences, both those in love with opera already and those who are still missing out, that the art form is alive and kicking and has as much to say to the society around it today as it did 400 years ago.’

The exhibition is sponsored by Societe Generale.