American Royal Ballet Artist David reflects on flash floods, the infectious buzz of American cities and ending the Season with a crescendo.

By David Donnelly (First Artist of The Royal Ballet) 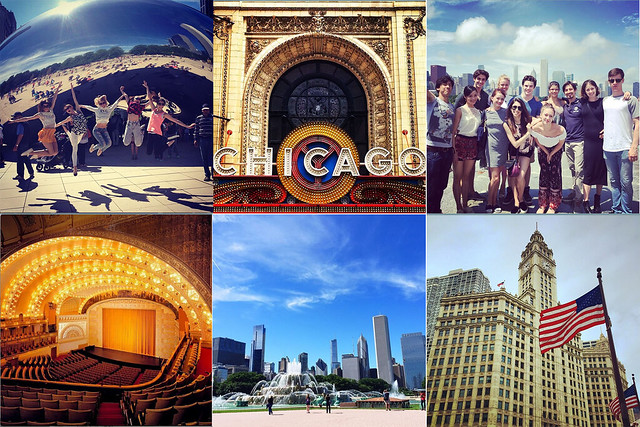 The second leg of The Royal Ballet’s 2015 USA tour has landed us in the heart of Chicago where we are performing at the Auditorium Theatre, the United States’ largest theatre venue after the Metropolitan Opera House in New York.

The energy here in the States has been phenomenal. Even though I am from a different city, I feel at home being back in America. The atmosphere American cities have is infectious, and has helped the whole Company to put our best foot forward and really showcase our work. Dancing here in Chicago, as a professional, is particularly meaningful to me as it was the first place I performed outside my hometown of Cincinnati. In 2011, I travelled here to compete in the Youth America Grand Prix competition held at Dominican University’s Lund Auditorium. Being back in this environment now as an established company member, with a group of the most accomplished ballet dancers in the world, is a real privilege!

Since arriving, we have experienced Chicago to the fullest – even though rain, flash-flood warnings and tornado sirens dominated our first day. Being from the Midwest I have experienced the torrential rains we have here, but those used to the light drizzle of London were surprised to say the least! Even so, everyone has enjoyed the rich culture the city has to offer in its quirky bars and restaurants, as well as destinations like the Art Institute, the Shedd Aquarium, the Planetarium and Navy Pier, to name a few.  A large group of us also attended one of the famous Chicago Cubs baseball games at Wrigley Field. Although we were not enough of a ‘good-luck charm’ to secure a win, everyone enjoyed watching the old American pastime.

While we have had time to enjoy the city, we haven’t put the brakes on rehearsals and performances.  There have been full calls of The Dream, Song of the Earth, Infra, and The Age of Anxiety in preparation for our performances in New York; and last night we had our first of five shows of Carlos Acosta’s Don Quixote. The energy on stage was phenomenal, and the audience’s reaction was one of true astonishment and awe. It was definitely a night I will not forget.

Our tour is a perfect way to end the Season with a crescendo. Excitement is at a peak; the long awaited summer holiday is drawing nearer and the entire company comes together, becoming a stronger, closer and more cohesive team. It’s fantastic to be part of such a wonderful company, sharing so much of what we do with the world of dance, and I am thrilled to continue the performances here in Chicago. That said, I am equally excited for all that awaits in the Big Apple!

Find out more about David Donnelly.

Read a roundup of The Royal Ballet's time in Washington D.C.

Following performances in Chicago, The Royal Ballet will perform in New York at the David H. Koch Theater, 23–8 June.

By David Donnelly (First Artist of The Royal Ballet)