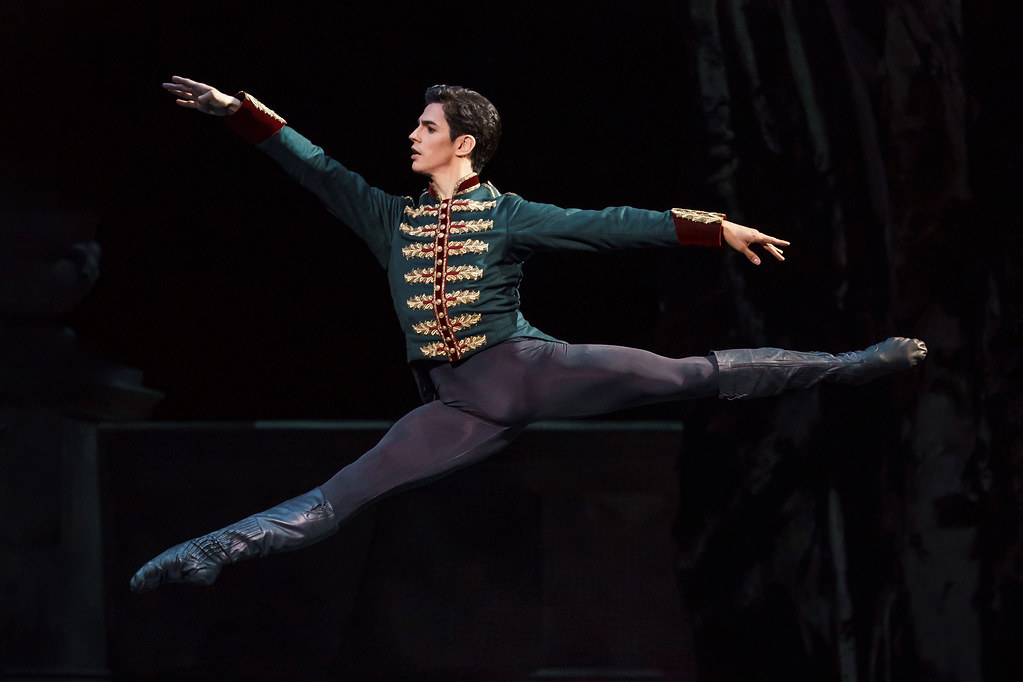 The appointment follows an extensive search by Northern Ballet whose current Artistic Director David Nixon will be standing down this Season after 21 years in post.

Royal Ballet Principal dancer Federico Bonelli has been appointed as the new Artistic Director of Northern Ballet commencing 1 May 2022.

The appointment follows an extensive search by Northern Ballet whose current Artistic Director David Nixon will be standing down this Season after 21 years in post.

‘I am thrilled to be joining Northern Ballet as its new Artistic Director and I cannot wait to begin working with this exceptional group of dancers and creatives. At the same time, I am truly sad to leave The Royal Ballet, a company that has been my home for 19 years and that has enriched my life so greatly. What wonderful seasons I have had here! I count myself fortunate to have worked with such an amazing group of people who have encouraged me to become the artist and person I am today. I would like to thank everyone who has facilitated my journey: my fellow dancers with whom I have shared so many unforgettable moments on stage; the wonderful audiences who make each performance so rewarding; the artistic staff for their unwavering support; the choreographers for their inspiration and generosity; the Healthcare team for getting me on stage again and again; all the production and support staff of the Royal Opera House and the Learning and Participation team for opening my eyes to the potential and responsibility we have as performers for the future of our artform. I extend grateful thanks to my former director Monica Mason for believing in me and bringing me into this family and to my current director Kevin O’Hare for his thoughtful and earnest support of my development as an artist and a leader. Thank you all from the bottom of my heart!’

‘I am so delighted that Federico takes up this exciting position with Northern Ballet after David Nixon’s long and successful tenure. Federico is the very embodiment of a versatile Royal Ballet dancer and gracious company member. He epitomises the charismatic elegance of the true danseur noble and possesses an innate ability to cover with ease the wide-ranging classical and contemporary stylistic qualities of our repertory. He has brought a deep and affecting understanding of story and character to all his roles, including Albrecht, which he performed so brilliantly in our recent revival, Romeo, Crown Prince Rudolf, Des Grieux, King Leontes and Dante, to name but a few. He has been a wonderful role model for young dancers and has great integrity, both as a performer and member of the Company, which I know bodes well for his future leadership of Northern Ballet. I wish him every success in this new adventure and look forward to celebrating his significant contribution to The Royal Ballet.’

Italian dancer Federico Bonelli was born in Genoa and grew up in Casale Monferrato, training locally and at the Turin Dance Academy. His awards include first prize at the Rieti International Ballet Competition and a Prix de Lausanne scholarship. He joined Zürich Ballet in 1996 and was promoted to soloist in 1997. He joined Dutch National Ballet in 1999 and was promoted to principal in 2002 before moving to London to join The Royal Ballet as a Principal in 2003.

Bonelli has danced leading roles across the great range of The Royal Ballet’s repertory. Classical ballets include Giselle, La Sylphide, The Sleeping Beauty, Swan Lake The Nutcracker, La Bayadère and Don Quixote. In works by Frederick Ashton roles include Daphnis, Palemon (Ondine), Aminta (Sylvia) and Armand and in Homage to the Queen, and by Kenneth MacMillan as Romeo, Des Grieux (Manon), Crown Prince Rudolf (Mayerling) and in Requiem. Ballets also include Apollo, Agon, Serenade, The Four Temperaments, Theme and Variations, Ballet Imperial, Ballo della regina, Onegin, Pierrot lunaire, Voluntaries, Dances at a Gathering, Tombeaux, L’Invitation au voyage, Asphodel Meadows, Viscera and The Age of Anxiety. Role creations include Victor in Liam Scarlett’s Frankenstein and roles in The Human Seasons by David Dawson and Carmen by Carlos Acosta. Works by Resident Choreographer Wayne McGregor include The Dante Project and created roles in Chroma, Live Fire Exercise, Tetractys, Woolf Works, Obsidian Tear, Multiverse and Yugen. In works by Artistic Associate Christopher Wheeldon he has performed in Polyphonia, After the Rain and as Jack/Knave of Hearts in Alice’s Adventures in Wonderland with created roles in DGV: Danse à grande Vitesse, Aeternum and as Polixenes (The Winter’s Tale) and Dr Samuel-Jean Pozzi (Strapless).

In 2019 Bonelli graduated from the Clore Leadership Programme (The Clore Fellowship) and he is a non-executive director and member of the Board of Parents and Carers in Performing Arts (PiPA). He curated the programme for a performance by The Royal Ballet in Doncaster in 2020 as part of the Doncaster Creatives festival prior to its pandemic postponement. He has coached Royal Ballet repertory, helping to nurture and develop the high standards of the Company’s dancers. He co-facilitates The Royal Ballet’s Inclusivity Focus Group and is a member of the external steering group of Chance to Dance, The Royal Ballet’s outreach talent development programme that aims to remove the barriers to a diverse talent pipeline into vocational training and the ballet and dance profession.

Details of Bonelli’s final performance with The Royal Ballet will be announced in due course.