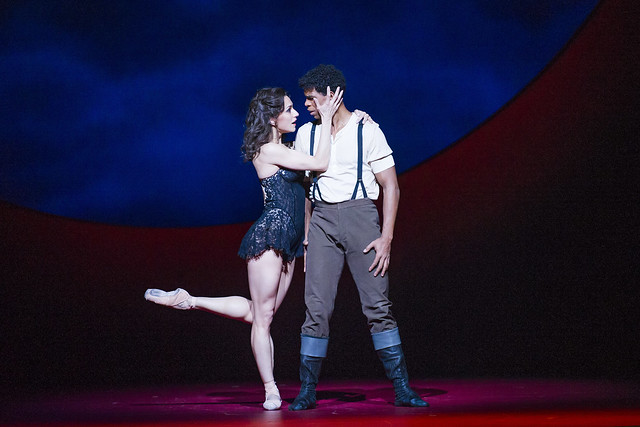 Details of Royal Opera and Royal Ballet performances and documentaries to be broadcast on TV and radio over Christmas 2015 have now been announced.

David McVicar's Royal Opera production of Andrea Chénier will be broadcast on BBC Four on 18 December at 7.30pm. Jonas Kaufmann and Eva-Maria Westbroek star in this opulent and passionate production.

Carlos Acosta's recent Royal Ballet production of Carmen will be shown on Christmas Day on BBC Four at 7.30pm. Acosta dances the role of Don José alongside Marianela Nuñez as Carmen, and Federico Bonelli as the dashing toreador Escamillo. Darcey Bussell presents what was Acosta's final performance on the Royal Opera House main stage.

Rudolf Nureyev is the subject of Dance to Freedom, a dramatized documentary telling the story of the iconic dancer's defection to the West during the height of the Cold War. The film will be broadcast on 19 December at 8.50pm on BBC Two.

Please note broadcast schedules are subject to change. Find out more about the BBC's Christmas 2015 programming.