ROH Collections Items of the Month: Highlights from the Costume Collection 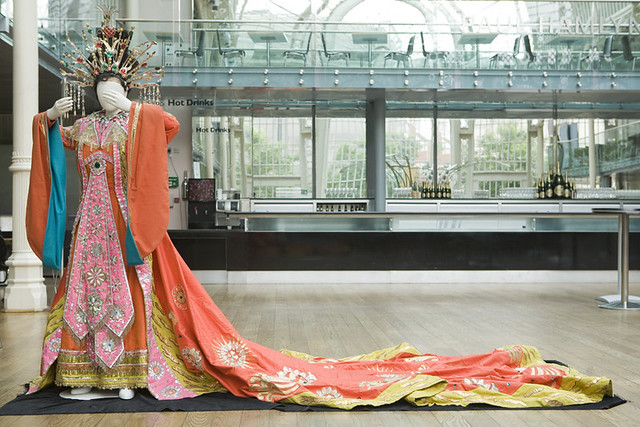 The new Bob and Tamar Manoukian Costume Centre in Thurrock had its official opening on 15 October 2015. It was the culmination of many years’ work by ROH Collections to move the vast historic Costume, Furniture and Musical Instrument Collections to their new home. To celebrate, we’ve selected two special opera items from the more than 6,200 altogether in the Collection.

The earliest opera item in our Costume Collection is a pair of shoes worn by Adelina Patti, the reigning superstar soprano at the Royal Italian Opera from 1861–88. These white satin shoes with lace and diamanté decoration were worn by Patti both as Violetta in La traviata and as Lucia in Lucia di Lammermoor. The shoes form part of a collection donated to the Royal Opera House by the great British soprano, Eva Turner, which provides one of the finest records of the wardrobe of a major singer of the 20th Century. 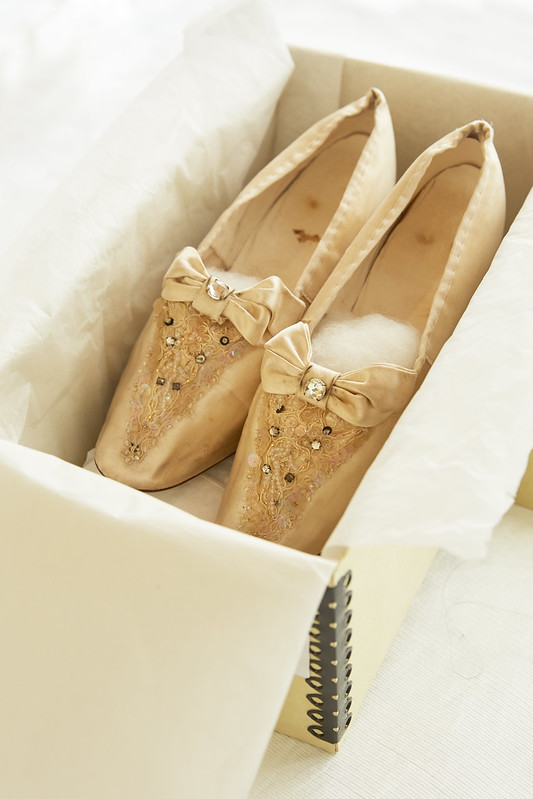 Patti was in many ways the archetypal opera diva. In a farewell performance in 1895 she sang Violetta while wearing a magnificent white dress studded with 3,700 diamonds worth £200,000 at the time – the equivalent of more than £23 million today. This extravagance made it necessary to include amongst Flora’s guests at the party a couple of detectives from Bow Street Police station. 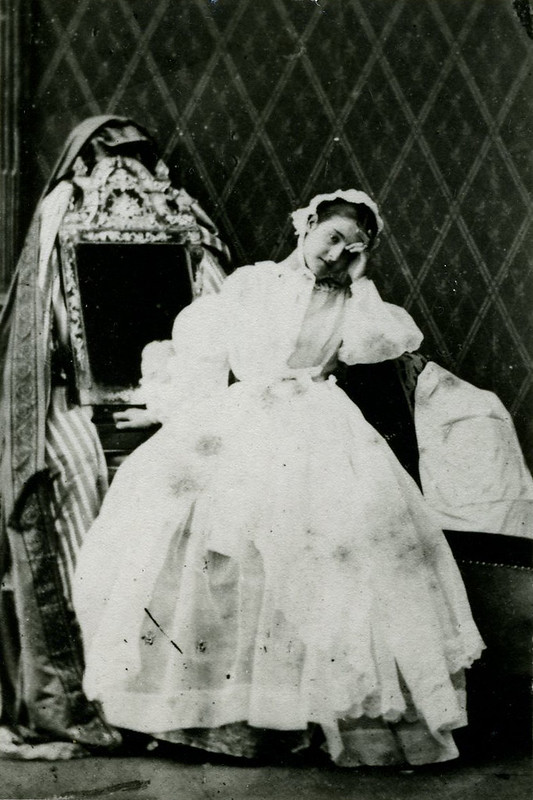 Sadly the dress is not part of ROH Collections – but it almost has its match in our second item, Cecil Beaton’s magnificent costume for Turandot, made in 1963 in his debut with the Covent Garden Opera Company.

The Turandot costume is one of the largest in ROH Collections, and was worn by every performer who sang the title role in this iconic production – including Amy Shuard on its first and final outings in 1963 and 1973 respectively. The large and complex costume is made up of six individual pieces – dress, coat, collar, sleeves, headdress and necklace – to make it easier to create, clean and store.

While the overall look of the costume is very elaborate, the fabrics used for the main body are basic plain felt and cotton rep; all the pattern detail is made by embroidered and appliquéd decoration. The orange silk dupion empire line dress has long sleeves with three appliquéd flower shapes embroidered with silver and gold thread. Four long decorated panels ending in a point are attached to a flower shape and pinned to the front of the dress at the centre waist.

The coat, heavily decorated with silver sequins and pink pearlized beads, has an extremely long and decorative train. It is very heavy, and performers had to cope with the weight of the cloak pulling them from the shoulders and the back of the neck. Princess Turandot only wears the coat in Act I, in which she doesn’t sing – but she was still faced with the unenviable task of climbing a very large flight of stairs. 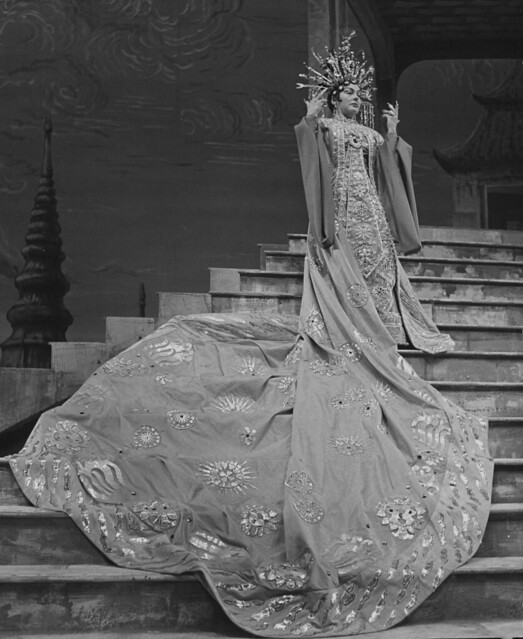 The magnificent headdress is decorated with coloured stones, some on the ends of curved wires, and a gold pineapple-shaped ornament in the centre. Tiered stones hang down on each side and there is an integral wig made of black fabric, giving just a suggestion of hair at the front to complete the look of the Chinese Princess.

Patti’s shoes and Beaton’s Turandot costume are just a small glimpse of the thousands of pieces of ROH history that are now housed in this marvellous facility in Thurrock. Here they will be preserved for the enjoyment of researchers, ballet and opera enthusiasts and costume designers and makers long into the future.