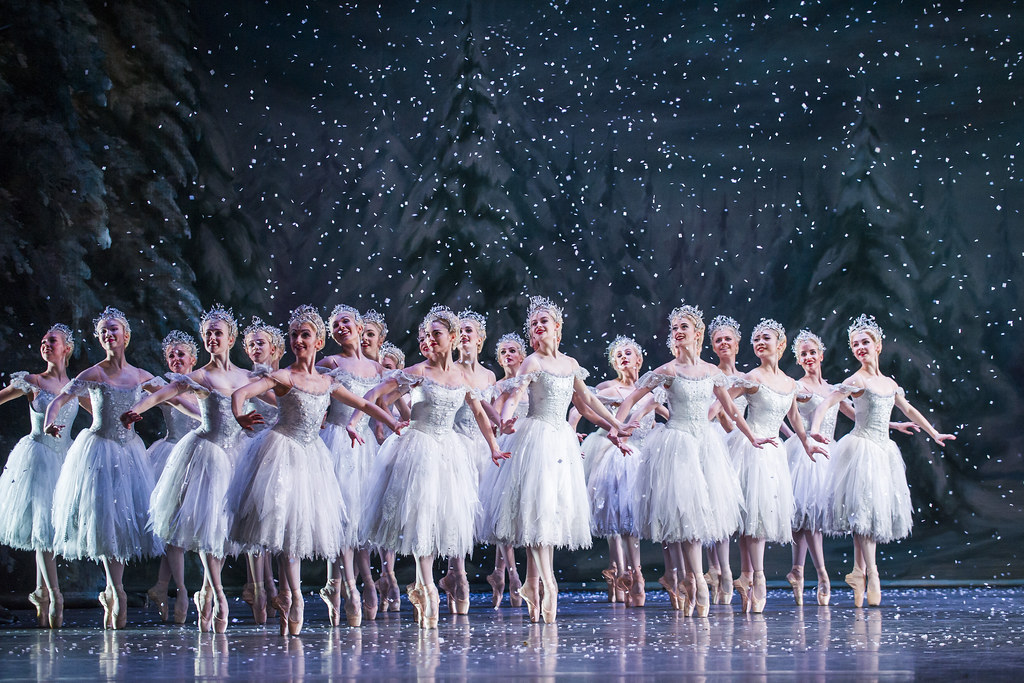 Today the Royal Opera House is delighted to launch its 2021/2022 international Cinema Season after sixteen months of closure, broadcasting the best of ballet and opera to more than 2,000 screens across the globe.

The season features new productions and timeless classics from The Royal Ballet and The Royal Opera, showcasing an exciting roster of UK and international talent performing on the Royal Opera House’s iconic Covent Garden main stage. Premiering in December, it includes 6 major works from our 2021/22 season, screened in cinemas around the world. Broadcasts offer audiences the best seat in the house for each performance, and include exclusive behind-the-scenes footage, interviews and rehearsal insights.

The Royal Ballet’s cinema season opens with Peter Wright’s spectacular production of The Nutcracker on Thursday 9 December 2021. A festive favourite for the whole family, it was created for The Royal Ballet in 1984, and has delighted audiences ever since. Encore screenings will follow from Sunday 12 December 2021.

The ballet season also includes Kenneth MacMillan’s masterpiece Romeo and Juliet, a classic adaptation of Shakespeare’s play, featuring evocative designs by Nicholas Georgiadis and set to Prokofiev’s iconic score. Romeo and Juliet will be relayed to cinemas for a special Valentine’s Day screening on Monday 14 February 2022, with encore screenings from Sunday 20 February 2022.

Looking ahead to spring 2022, The Royal Ballet’s celebrated production of Swan Lake will be screened on Thursday 19 May 2022, with encore screenings from Sunday 22 May 2022. Long regarded as a masterpiece of the classical ballet repertory, The Royal Ballet’s critically acclaimed production features spectacular designs by John Macfarlane and returns to stage after last year’s revival was cut short due to the pandemic.

The Royal Opera’s Cinema Season will open with Puccini’s Tosca, a repertory favourite that features Paul Brown’s historically charged designs. It will be broadcast to cinemas on Wednesday 15 December 2021, with encore screenings from Wednesday 19 January 2022. In the New Year, this will be followed by an anniversary screening of Verdi’s Rigoletto on Thursday 10 March 2022, celebrating 171 years since its premiere in 1851. This version will be Oliver Mears’ first production since becoming Director of The Royal Opera in 2017, and will receive encore screenings from Sunday 13 March 2022.

The Royal Opera’s Cinema Season will conclude with Richard Eyre’s celebrated La traviata. Verdi’s beautiful score contains some of his most inspired arias and duets, culminating in a memorable, heartbreaking final act. It will be screened live on Wednesday 13 April 2022, with encores from Sunday 17 April 2022.

The ROH cinema programme launched in 2008 and has, since then, brought world-class opera and ballet to audiences around the world. This year’s screenings will be broadcast in over 35 countries, forming an integral part of our plan to secure our future, expand audiences and help facilitate the vital recovery of cinema domestically and internationally.

“The Royal Ballet is back after the most challenging 18 months in its history. We are thrilled to return to full production mode, bringing these beloved classics to both stage and screen again. It will be worth the wait.”

“This season – the first full ROH programme for two years – is quickly shaping up to be sensational, featuring some of the best-loved pieces in the repertory, performed by a dazzling cast of local and international stars. I’m delighted that audiences will once again be able to be experience the magic of these productions wherever they are.”