The composer shook up the operatic establishment with what he saw as his 'best opera', pushing his star singer to the limits. 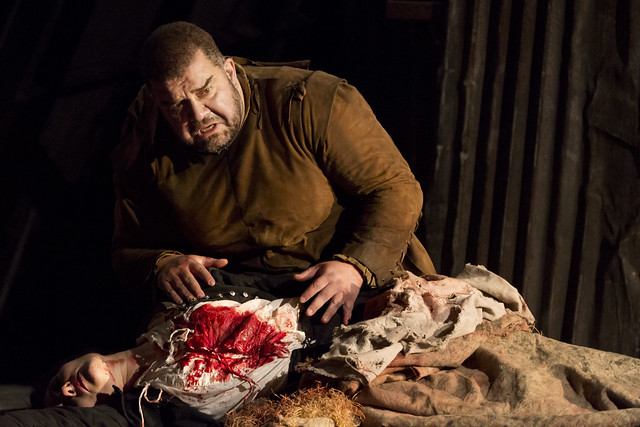 On 14 February 1849, Giuseppe Verdi wrote to a friend: ‘I desire nothing other than at least to attempt new things.’ His thirst for innovation had driven his career since his first opera in 1839, and it would find even greater expression in his 17th opera, Rigoletto, in 1851.

It was in a letter of 28 April 1850 to his librettist Francesco Maria Piave that Verdi first shared his enthusiasm for a specific source:

'I have another subject that, if the police permitted it, would be one of the greatest creations of modern theatre (…) The subject is grand, immense, and has a character who is one of the greatest creations that the theatre in any country or period could boast. The subject is Le Roi s’amuse, and the character I speak of is Triboulet, and if Varese [sic] has been engaged nothing could be better for him and for us.'

‘Varese’ was the renowned baritone Felice Varesi. Born the same year as Verdi, Varesi had enjoyed a distinguished career since Verdi cast him as Macbeth in 1847.

It is not without significance that Verdi first mentioned both the idea of Le Roi s’amuse and a particular singer in the same sentence. For more than a century and a half, singers had been at the centre of the operatic marketplace and its most highly paid element – with all the influence such power inevitably brought.

Verdi, in contrast, led the move from – ostensibly – ‘singers’ opera’ to ‘composers’ opera’, asserting the integrity of his own artistic vision as the prime authority. He began by insisting on the right to choose which singers from a theatre’s company would appear in his operas. Of the greatest importance to Rigoletto’s production was its title role. The knowledge that Felice Varesi would be part of the La Fenice company undoubtedly figured in Verdi’s decision to use Le Roi s’amuse.

Varesi had long been regarded as a singer of exceptional dramatic ability. Verdi regarded him as the ‘only artist in Italy’ capable of performing Macbeth in the way he conceived the role, because Varesi combined an individuality of singing with intelligence and a ‘slight, unattractive stature’. This last point was of particular importance given that Verdi wanted the singers’ external and vocal characteristics to reflect the Macbeths’ inner evil – a revolutionary approach in an epoch otherwise dedicated to the ideals of bel canto. Rigoletto would conversely explore the manner in which the Duke’s handsome appearance belies a shallow, corrupt personality, while under the deformity of Rigoletto beats a heart of paternal devotion.

Verdi’s musical response to the drama produced an unusual score – one in which certain key conventions had largely been set aside. There was no ‘aria di sortita’ or entrance aria for the prima donna, but merely a cavatina (‘Caro nome’) positioned after Gilda had already sung two duets; there was only one number in traditional double aria form (‘Parmi veder le lagrime’, sung by the Duke); offstage male voices were used as wordless instrumental effect in the storm; the acts did not conclude with the usual ensembles; and there was a curious use of declamatory setting of the text. Verdi described his approach to Carlo Borsi on 8 September 1852: ‘I conceived Rigoletto without arias, without finales, as an unbroken chain of duets, because I was convinced that that was most appropriate.’ Some of the cast were less sure: Varesi, according to his daughter, was initially so reluctant to appear before the audience in his jester’s costume that Verdi himself had to push him onto the stage.

Such fears proved unfounded: Rigoletto had its premiere on 11 March 1851 to an enthusiastic audience. Verdi had indeed achieved his goal of composing a score of remarkable and disquieting originality – one that remains as haunting today as it was in 1851.

This is an excerpt from Susan Rutherford's article 'Verdi's Composition of Rigoletto' in The Royal Opera's programme book, available during performances and from the ROH Shop.

Rigoletto runs 12 September–6 October 2014. Tickets are still available. The performance on 17 September 2014 will be streamed live to free, outdoor venues around the UK as part of BP Big Screens. Find a screening near you.