Ricardo Cervera to retire as a dancer from The Royal Ballet

The First Soloist will continue in his work as Assistant Ballet Master. 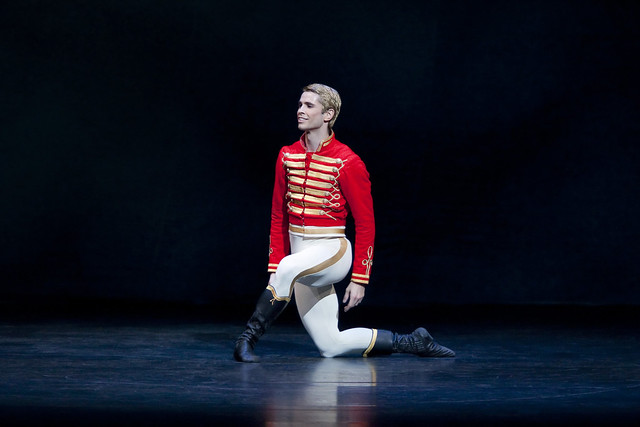 At the performance of The Nutcracker on 12 December, First Soloist Ricardo Cervera will make his last appearance as a dancer with The Royal Ballet after 22 years with the Company. He will continue in his role as Assistant Ballet Master.

Cervera has performed a broad range of repertory since joining The Royal Ballet in 1993, from the 19th-century classics and 20th-century heritage ballets by Frederick Ashton and Kenneth MacMillan, to contemporary works by the Company’s associated choreographers Wayne McGregor, Christopher Wheeldon and Liam Scarlett.

Born in Malaga, Cervera grew up in Torremolinos and trained at The Royal Ballet Upper School before joining the Company in 1993. He was promoted to First Artist in 1996, Soloist in 1999 and First Soloist in 2002. He was appointed Assistant Ballet Master in 2014 and trained as a répétiteur on the Frederick Ashton Foundation’s mentoring scheme.

Director Kevin O’Hare says, ‘Ricardo has been a wonderful member of the Company for more than two decades and has given outstanding performances in a variety of roles, from the drama of Mercutio in Romeo and Juliet and Lescaut in Manon to the exuberance of Colas in La Fille mal gardée and Hans-Peter in The Nutcracker. He featured memorably as Hans-Peter in our Nutcracker DVD so it seems fitting that we should see him in this signature role at his final performance. We look forward to him continuing to work closely with us on the artistic faculty’.