Remixing in the age of Baroque: How and why Gluck transformed Orfeo ed Euridice into Orphée et Eurydice

Gluck made significant changes when he adapted his opera for Paris – some of them controversial. 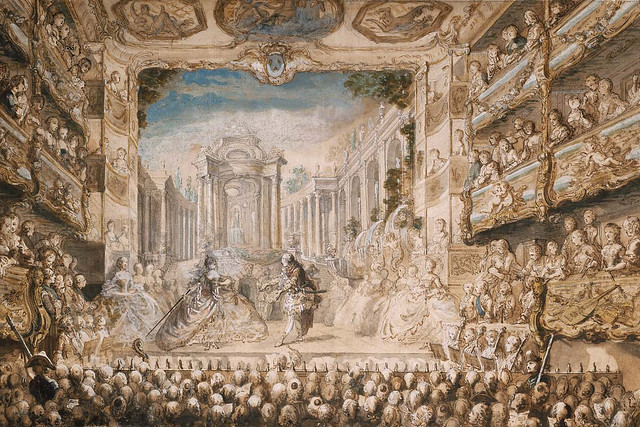 For much of opera’s history it was common practice for composers to alter their works for different performances – inserting arias for certain singers, removing others, and changing the orchestration to suit the available forces. Gluck had a particular challenge when he took his opera Orfeo ed Euridice from Vienna to Paris, making significant changes to a work that was already highly innovative, to suit the cities’ very different tastes and traditions.

Orfeo ed Euridice was the first of Gluck’s three ‘Reform’ operas, created with librettist Ranieri de’ Calzabigi, and it was a tremendous success on its Vienna premiere in 1762. Gluck and Calzabigi set out to reform the serious opera of the day, as in their view it had ossified into rigid formalities, far removed from the drama that was supposed to drive it. They succeeded: Orfeo immediately captivated audiences with its vivid depiction of Orpheus’ grief and his journey through the Underworld.

In Orfeo, both Gluck and Calzabigi were influenced by the French tragédie lyrique – particularly its practice of long, through-composed dramatic structures, adapted by Gluck to breathtaking effect. It only made sense, then, that Gluck should wish to establish himself in Paris. He arrived in the city in 1773, and with the help of his former singing pupil Marie Antoinette, managed to convince the Académie Royale de Musique to stage his first French opera, Iphigénie en Aulide.

A strenuous rehearsal period paid off with Iphigénie’s triumphant premiere in April 1774. The success, though, was short-lived: Louis XV’s death in May meant the closure of all theatres and a premature end to Iphigénie’s first run. Gluck put the period of mourning to good use, and rapidly adapted Orfeo ed Euridice for its Parisian premiere in August.

This adaptation was no small feat: almost every movement was revised or extended, with some entirely new sections. The biggest change was to the hero. Orfeo in Vienna had been a castrato; but in France the castrato voice was almost a subject of ridicule, so Gluck recast Orphée as a haute-contre, a very high tenor voice. The haute-contre in question was Joseph Legros, then the Opéra’s leading man; his incredibly high-lying voice has meant that, in the history of opera, only a handful of tenors have been able to tackle the role.

The change of hero was by no means the only alteration. Gluck revised the orchestration to suit the more modern instruments in Paris: cornetti were replaced by clarinets, chalumeaux by oboes. The larger performance space of the Académie Royale demanded a richer orchestral texture, leading to much more extended use of the trombones in particular. Gluck inserted extra dances and arias throughout, meeting the French demand for spectacle.

Gluck’s amendments for Paris attract criticism, even now. Some see the augmentation of the one-hour-long chamber opera Orfeo ed Euridice into the more ornate tragédie lyrique Orphée et Eurydice as a departure from the values of the ‘Reform’ operas. It’s true that certain things were lost: the transposition of Orpheus’ role from castrato to haute-contre disrupted Gluck’s sophisticated tonal plan, and the addition of extra movements meant much of the satisfying structural symmetry of the original was lost. The addition of Orpheus’ Act I aria ‘L’espoir renaît dans mon âme’ – a vocal showpiece with arguably little dramatic purpose – caused controversy even in Gluck’s time.

And yet there are obvious advantages to the Paris version. In the 11 years between Orfeo and Orphée, Gluck had developed both as a composer and as a man of the theatre, and many of his alterations intensify his earlier dramatic touches. Several of the additions contain some of Gluck’s finest music – the revised dances in Act II, Eurydice’s lovely following aria ‘Cet asile aimable et tranquille’ and the Act III trio ‘Tendre Amour’. We’re lucky today that we can enjoy performances and recordings that seek to recreate, as far as possible, Gluck’s two very different impressions of this masterpiece.

The production is staged with generous philanthropic support from Mrs Aline Foriel-Destezet, and is part of #Hofest.