The English composer, a leading light in contemporary music, has died at the age of 81. 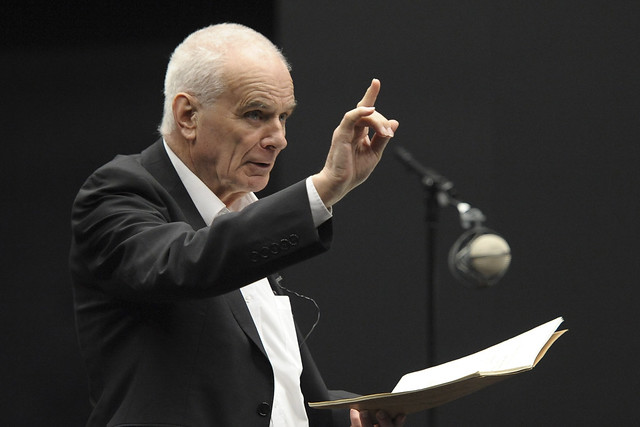 The English composer and conductor Peter Maxwell Davies (1934–2016) was one of the most important figures in British music, as a composer, a conductor and an educator.

Maxwell Davies studied at the Royal Northern College of Music and Manchester University, and with fellow composers Alexander Goehr and Harrison Birtwistle became a key member of the influential ‘Manchester School’.

Maxwell Davies’s early career saw him study with Goffredo Petrassi in Rome, work as director of music at Cirencester Grammar School, study at Princeton with Milton Babbitt among others and co-found the influential contemporary music group Pierrot Players. Under its later name the Fires of London the ensemble gave many premieres of Maxwell Davies’s works, including two of his most acclaimed works, Eight Songs for a Mad King and the chamber opera The Lighthouse (performed in the Royal Opera House’s Linbury Studio Theatre in 2012 by English Touring Opera and in 2015 by the Jette Parker Young Artists).

The Royal Opera gave the world premiere of Maxwell Davies’s first large-scale opera, Taverner, in 1972, conducted by Edward Downes in collaboration with David Munrow of the Early Music Consort of London. Maxwell Davies began this work inspired by the life and works of the great Tudor composer John Taverner in 1956, and worked intensively on both music and libretto for 14 years.

Music education was an important part of Maxwell Davies’s work throughout his career. From his early position at Cirencester Grammar School he argued for the importance of performance for pupils of all ability. He significantly influenced music education in Britain, particularly in Orkney.

Maxwell Davies worked prolifically to the end of his life, with late works including the Tenth Symphony (2013). Antonio Pappano, Music Director of The Royal Opera, conducted the premiere. He recalls how ‘A wonderful opportunity presented itself to me when I was asked to conduct the world premiere of Peter Maxwell Davies’s Tenth Symphony with the LSO, a piece that was as much bound up with Italy as his native land. He was a dear and generous man with whom it was a joy to collaborate – an example of perseverance in the world of music and the arts’.