The Welsh designer, who worked regularly with both Graham Vick and Jonathan Kent at the Royal Opera House and elsewhere, has died suddenly. 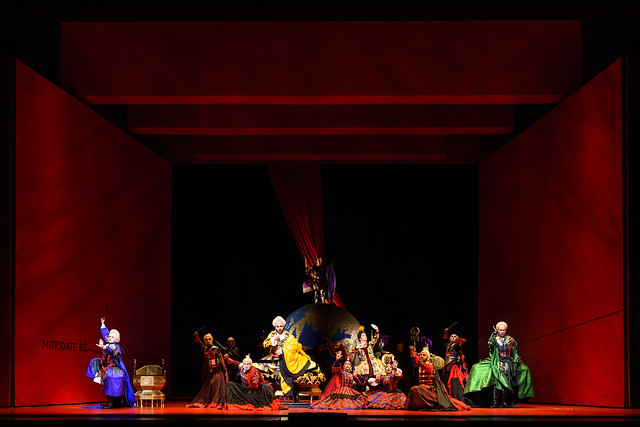 The Royal Opera is very sad to hear of the sudden death of opera and theatre designer Paul Brown at his home in Wales on 13 November 2017. Born in Glamorgan and trained under Margaret Harris, Paul Brown made his Royal Opera debut in 1991 creating the spectacular designs – inspired both by Oriental theatre and by Baroque opera seria – for Mitridate, re di Ponto, revived by The Royal Opera in the 2016/17 Season.

He returned to The Royal Opera to collaborate with Graham Vick on King Arthur, A Midsummer Marriage and the lively, hilarious and vividly-coloured production of Falstaff with which the Royal Opera House re-opened in 1999. He also designed Elijah Moshinsky’s Royal Opera production of I masnadieri, and in 2006 was the designer for Jonathan Kent’s production of Tosca, with its stunning naturalistic sets and costumes. His final production for The Royal Opera was Manon Lescaut, with Kent (2014, revived in 2016).

In theatre, Brown designed many productions for Jonathan Kent, at the Almeida Theatre, the National Theatre and in the West End. His ballet credits included Giselle for La Scala, Milan, and his musical theatre credits included Phantom of the Opera (Cameron Mackintosh Tour), Man of La Mancha (New York) and Half a Sixpence and Marguerite (West End). He also designed the films Up at the Villa and Angels and Insects. He was winner of the 2013 Royal Designer for Industry Award, an honorary member of the Welsh College of Music and Drama, and the recipient of an honorary diploma at the Prague Quadrennial international theatre design exhibition.

The opening night of The Royal Opera's performance of Tosca will be dedicated to the memory of Paul Brown.

This article has been categorised Opera and tagged by Paul Brown, Mitridate re di Ponto, obituary, Paul Brown, Tosca