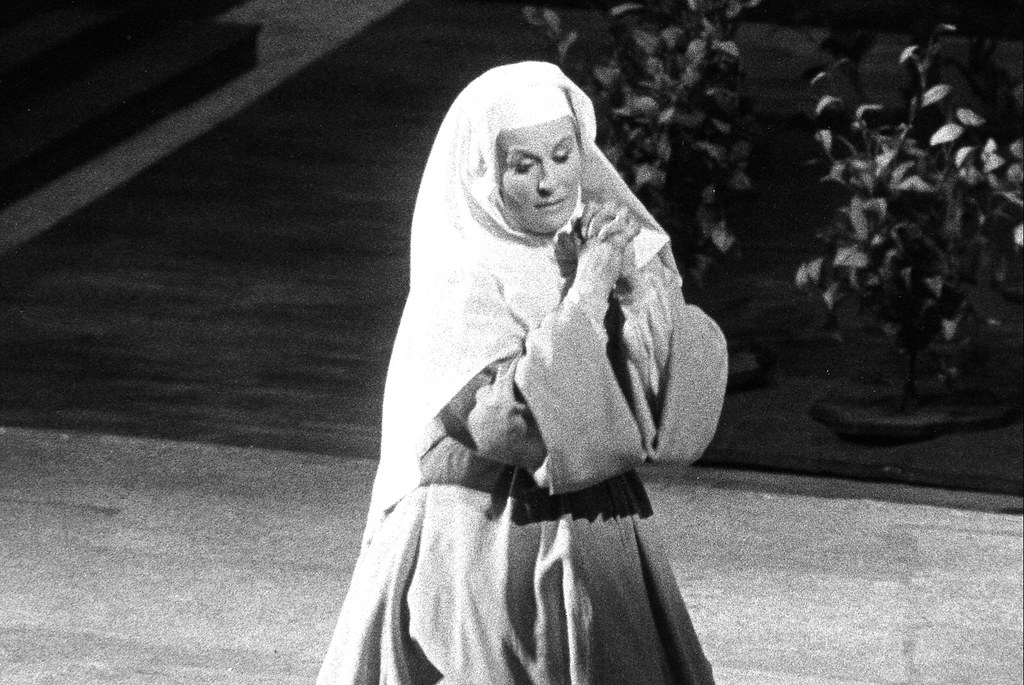 Carlyle was born in Upton on the Wirral, Chesire. Following private singing studies, she auditioned for Rafael Kubelík, the Music Director of The Ropera Opera (then the Covent Garden Opera Company) and became a Company member. She made her debut in October 1955 as Frasquita (Carmen).

Over the next 20 years she appeared in more than twenty-five operas for the Company. She initially specialized in lighter soprano roles such as Oscar (Un ballo in maschera), Esmeralda (The Bartered Bride), Sophie (Der Rosenkavalier, one of her first major successes) and Woglinde (Der Ring des Nibelungen). In 1959 she won international acclaim for her interpretation of Nedda (Pagliacci), which the critic Alan Blyth considered to be one of her best roles. Through to the mid-1960s, she sang a mixture of lighter and full lyric soprano roles with The Royal Opera, including Tytania (A Midsummer Night’s Dream), Pamina (Die Zauberflöte), Woodbird (Siegfried), Lauretta (Gianni Schicchi),  Zdenka (Arabella), Countess Almaviva (Le nozze di Figaro) and Madame Lidoine (Dialogues des Carmélites). From 1967 she increasingly sang full lyric roles, including Mimì (La bohème), Jenifer (The Midsummer Marriage; she also sang in the opera’s first complete recording), the title role of Arabella, Donna Anna (Don Giovanni) and Desdemona (Otello; her Otello was Jon Vickers). Her final performance with the Company was as Freia (Das Rheingold) in 1976.

Away from The Royal Opera Carlyle’s appearances included Mimì for La Scala, Milan, under Karajan, Zdenka for the Munich Festival, and performances for the Berlin State Opera, Vienna State Opera, Bavarian State Opera, for La Monnaie, Brussels, the Teatro di San Carlo, Naples, and Dutch National Opera. She also performed widely in concert. After her retirement from singing Carlyle taught singing privately, and gave masterclasses and workshops at conservatoires including London’s Royal College of Music.

Oliver Mears, Director of Opera for The Royal Opera, said:

‘Joan was a central performer for The Royal Opera in its early days, from the 1950s to the 1970s. She sang an extraordinary range of repertoire, not only in London but all over the world, and audiences treasured both her beautiful, inimitable vocal style and always strongly characterised acting performances.’