The dancer and choreographer has passed away at the age of 92. 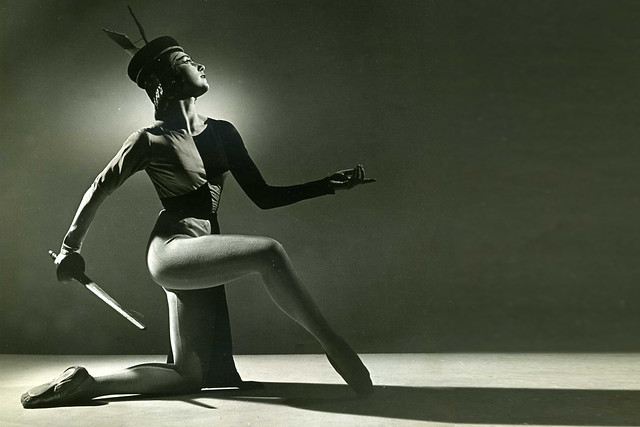 The Royal Ballet is deeply saddened at the news of the death of former Royal Ballet dancer Dame Gillian Lynne, at the age of 92.

Before Gillian Lynne became internationally recognized as a choreographer of musical theatre she was a dancer with The Royal Ballet. Founder Ninette de Valois spotted her in a student production and Lynne joined Sadler’s Wells Ballet in 1944. She danced the Fairy of the Enchanted Garden in The Sleeping Beauty at the historic reopening in February 1946 of the Royal Opera House, with Margot Fonteyn and Robert Helpmann leading the cast. Lynne recalled, ‘It was just an incredible evening – almost too much for me.’

For the next few years Lynne became established in the Company, dancing such roles the Black Queen in Checkmate and the black ballerina in Balanchine’s Ballet Imperial, and regularly performing in Symphonic Variations and as the Queen of the Wilis and the Lilac Fairy. In 1947 Lynne appeared in a revival of Robert Helpmann’s Miracle in the Gorbals in which she and Alexis Rassine were The Lovers with Michael Somes as The Stranger. The following year, she was in Frederick Ashton’s new ballet Don Juan, set to Richard Strauss’s tone poem with designs by Edward Burra and a cast led by Helpmann, Fonteyn and Moira Shearer. She was also a member of the Company when in 1949 it first toured to New York, taking the city by storm.

In 1951, her last year with the Company, Lynne was often seen as Goldilocks in The Sleeping Beauty, in the Spanish Dance in Swan Lake and in a memorable revival with Fonteyn and Somes of Symphonic Variations. Her final appearance on stage at Covent Garden was in February 1996 when she joined the Grand Défilé during a performance of The Sleeping Beauty, attended by the Queen, to celebrate the 50th anniversary of the reopening of the Royal Opera House.

Following her career as a dancer, she became a leading choreographer in the theatre and for film, creating the choreography for musicals including The Phantom of the Opera and Cats. On 22 June, the New London Theatre, where Cats enjoyed its extensive London run, was renamed the Gillian Lynne Theatre.

Kevin O’Hare, Director of The Royal Ballet has paid tribute:

‘Gillian’s contribution to British theatre is immeasurable. From her early golden years with the Company working alongside Ninette de Valois to her ground-breaking choreographic adventures in musical theatre, she lit up the stage with her tenacious drive, boundless energy and positive spirit. She spent a lifetime devoted to the arts and we were devoted to her. Her larger-than-life personality was truly unique and she is remembered fondly by us all.’

This article has been categorised Ballet, Uncategorised and tagged obituary