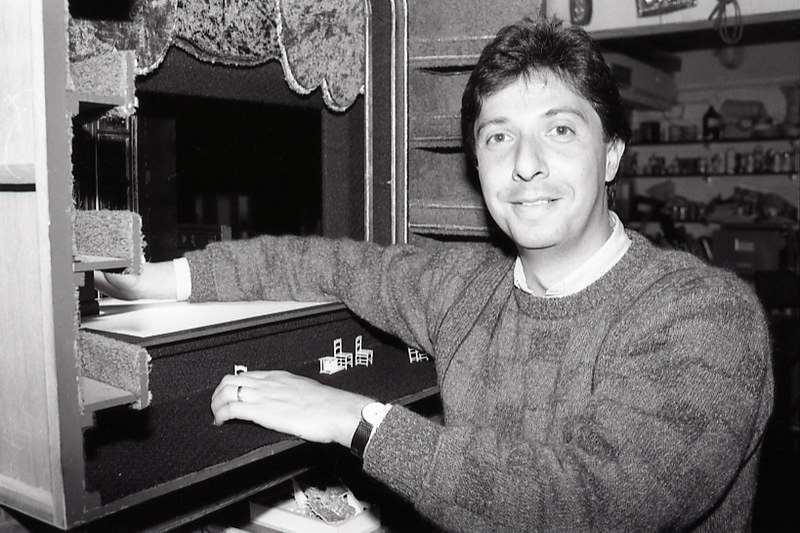 The Australian director's productions, that include his well-known Simon Boccanegra, have delighted audiences at The Royal Opera over five decades.

The Royal Opera is saddened to hear of the death of the Australian theatre and opera director Elijah Moshinsky, who passed away on 14 January aged 75.

Elijah Moshinsky was born in Shanghai to Russian Jewish parents, and grew up in Melbourne. He studied at the University of Melbourne and St Antony’s College, Oxford, where he undertook research on the Russian writer Alexander Herzen. He began directing while a student at Oxford. When John Tooley, General Director at Covent Garden, saw his production of As You Like It for the Oxford and Cambridge Shakespeare Company he invited him to become a staff producer at Covent Garden. Moshinsky’s first production, a ‘stripped-down’ 1975 staging of Peter Grimes, was an enormous success. He subsequently returned many times to The Royal Opera, where he worked with many of the world’s greatest singers. His Royal Opera productions included Lohengrin (which ran for some thirty years), Tannhäuser, The Rake’s Progress, Samson et Dalila, Die Entführung aus dem Serail and several Verdi operas including Attila, Macbeth, Stiffelio, Il trovatore, Simon Boccanegra, Aida and Otello. His work for The Royal Opera often won critical acclaim; in 1992 the Independent described his Otello as ‘a grand, statuesque, eminently operatic show’, while online site The Arts Desk hailed his 1991 production of Simon Boccanegra as ‘a gorgeous feast of colour… that matches the score for sheer sumptuousness’ at its 2018 revival. His 1993 production of Verdi’s rarely-heard Stiffelio, meanwhile, was acclaimed by the Guardian as the staging that put the opera ‘back on the musical map’.

Moshinsky also directed opera for companies including La Scala, Milan, the Metropolitan Opera, New York (including a long-running Makropulos Affair and The Queen of Spades), Lyric Opera of Chicago, Opera Australia, the Maggio Musicale in Florence, Welsh National Opera, Scottish Opera and English National Opera (where he directed the British premiere of Le Grand Macabre among other shows). He also had a distinguished career in theatre, and worked at the National Theatre, the RSC and in the West End, where he directed William Nicholson’s acclaimed play about C.S. Lewis, Shadowlands (which later moved to Broadway). Moshinsky made a number of films for television, including several Shakespeare plays, and directed two documentaries – Mozart in Turkey and Divas in the Arena – for the BBC. His final productions included three early Verdi operas for Buxton Festival.

Oliver Mears, Director of Opera for The Royal Opera, said ‘Elijah Moshinsky was a stage director at the heart of Covent Garden’s story for many decades, beginning with Peter Grimes in 1975 through to the last production he worked with us on, Simon Boccanegra, in 2018. A director committed to great spectacle who demanded everything from his performers, he had a particular passion and sympathy for the works of Verdi, and directed many powerful productions of his operas. He will live long in our memory, and that of our audience.’

Antonio Pappano, Music Director of The Royal Opera, said 'I adored working with Elijah as he was always looking for the maximum collaboration, especially from the conductor to turn opera into something vital and true, never giving up on even the smallest details of character and how to achieve this with his singers. His knowledge of Verdi’s world was uncanny, he was a disciple. My last contact with him we were talking about Tchaikovsky’s The Queen of Spades, though I was preparing it with a different producer. He was possessed by this story and his knowledge was total. I gained so much understanding from him and I will be forever grateful. I miss him.'