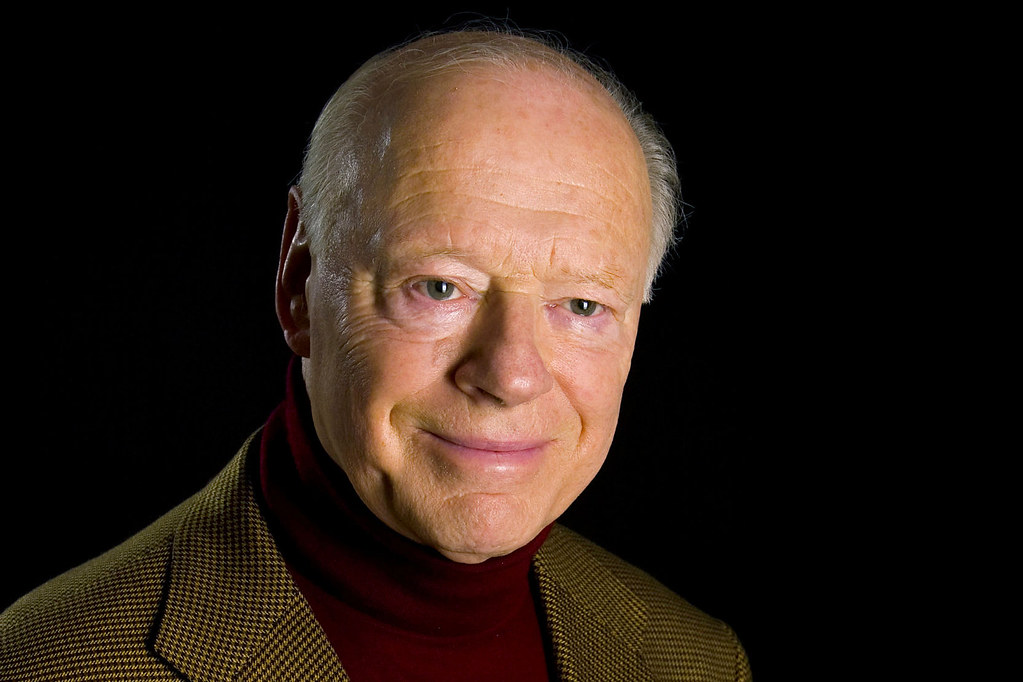 The Dutch conductor was The Royal Opera’s Music Director 1987–2002.

The Royal Opera House is saddened to hear of the death of Dutch conductor Bernard Haitink, who has passed away aged 92.

But it was perhaps as a Wagner interpreter he was best known with The Royal Opera. During his tenure he conducted two Ring cycles (directed by Götz Friedrich and Richard Jones), along with new productions of Parsifal, Die Meistersinger von Nürnberg and Tristan und Isolde. The Spectator described his 1988 Parsifal as ‘faultlessly paced… the ritual elements had true splendour’, while the Independent hailed ‘the glories of Bernard Haitink’s work with the orchestra’ in his 1995 interpretation of Götterdämmerung, and the Guardian considered his 1993 Meistersinger ‘the high point of his tenure’.

Haitink’s final appearance as Music Director of The Royal Opera came in July 2002, when he conducted a gala of extracts from some of his favourite works – Le nozze di Figaro, Don Carlo and Die Meistersinger. He returned to the Company in 2007 to conduct Parsifal, in performances The Guardian hailed as ‘at once noble and sensual’ and The Telegraph as ‘reaching into the Wagnerian sublime’.

Haitink went on to be Chief Conductor of the Staatskapelle Dresden (2002–4) and Principal Conductor with the Chicago Symphony Orchestra (2006–10). He was appointed Conductor Laureate of the European Union Youth Orchestra in 2015. For several years he gave masterclasses for young conductors in Lucerne. His many awards included Honorary Companion of Honour (UK, 2002) and Commander of the Order of the Netherlands Lion (2017).

Principal flautist of the Orchestra of the Royal Opera House Margaret Campbell said:

'As our Music Director Bernard was universally loved and admired. He allowed us to play. He coaxed a beautiful sound out of the strings. He trusted his players and gave soloists in the orchestra considerable freedom to express themselves, helping us along with an atmosphere of mutual respect. He had a wonderful sense of musical architecture and never lost the thread of the piece however long it was.

He was charismatic, respectful and truly inspirational. To share with him the deep emotion and indeed frivolities of the operas and ballets we played together was a tremendous privilege for all of us in the Orchestra of the Royal Opera House. We count ourselves truly blessed.'

'Bernard was a towering musician whose warmth and total honesty in his music-making made his performances always ring true. He guided the Royal Opera House through a most challenging period safeguarding the standard of the orchestra and chorus and I, personally, shall be forever in his debt. He was a beloved figure and will be truly missed.'

'This is a deeply sad day for the Royal Opera House and for music. Bernard was a true gentleman and his exceptional musicianship, quiet authority and profound care and respect for his fellow artists inspired and moved beyond words. All our thoughts are with Patricia and all those who loved him.'

Chair of the Royal Opera House's Board of Trustees Simon Robey said:

'We are thankful for the gifts that Bernard gave us. He held the audience awed and spellbound for some of the truly greatest evenings in the Royal Opera House's history. He was a hero to us all.'

A book of condolence will be available to sign at the Royal Opera House's 1858 Entrance from Monday 25 October 2021.