With so many DVD, Blu-Ray and CD recordings of the Christmas classic on offer, how do you choose between them? 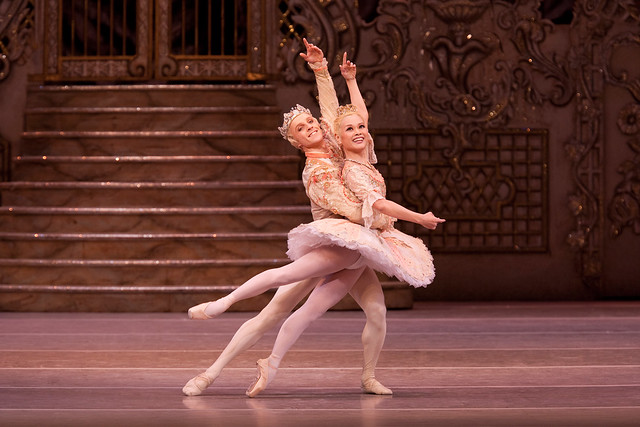 Christmas wouldn’t be Christmas without The Nutcracker, the go-to favourite of ballet companies (and audiences) around the world. Fortunately, there are many versions to choose from on DVD and Blu-Ray, so you can enjoy the experience at home as well as in the theatre.

Peter Wright’s production for The Royal Ballet is many people's Nutcracker of choice. As traditional as Christmas pudding, it boasts lavish sets, gorgeous costumes and quite the most spectacular transformation scene you are likely to see. We have two versions available, from 2000 and 2009 respectively. Both star the breathtaking Miyako Yoshida as the Sugar Plum Fairy. In the first her prince is Royal Ballet legend Jonathan Cope, with an emergent Alina Cojocaru as Clara and Ivan Putrov as the Nutcracker. There’s an excellent bonus on this DVD showing the technical magic that makes the transformation scene work. Broadcast in cinemas worldwide in 2009, the newer recording features Steven McRae as the Prince, with Iohna Loots as Clara and Ricardo Cervera as the Nutcracker. Whichever you choose, you’ll be getting The Royal Ballet’s full Nutcracker experience to enjoy all year round.

Amidst a host of filmed Nutcrackers, a new one of note comes from Berlin State Ballet. As with The Royal Ballet's version, it’s a fully traditional production with lavish décor and costumes, which shows off an excellent company. Iana Salenko, who has been a very welcome guest dancer with The Royal Ballet recently, gives a spellbinding performance.

Tchaikovsky’s wondrous score has been recorded more times than Christmas has come round itself.  Many are of extremely high quality but we particularly recommend André Previn’s celebrated recording on Warner Classics. If you want a grander version, there’s Valery Gergiev’s glittering recording on Universal. Previn’s is the more lyrical and expansive rendition, and Gergiev’s the more exciting. In truth, both recordings are must-hears and you could just as well do with both! Previn’s has the benefit of an abridged recording of La Sylphide on the second disc, and cover art featuring The Royal Ballet’s production.

If you're introducing the ballet to a new generation, we can heartily recommend Prunella Scales’ narrated recording. Scales brings the story to life, and the CD features the most popular musical moments from the score too. Great for children of all ages.

The ROH Online Shop offers a wide range of opera and ballet recordings and merchandise. Free postage is offered until 7 December 2015