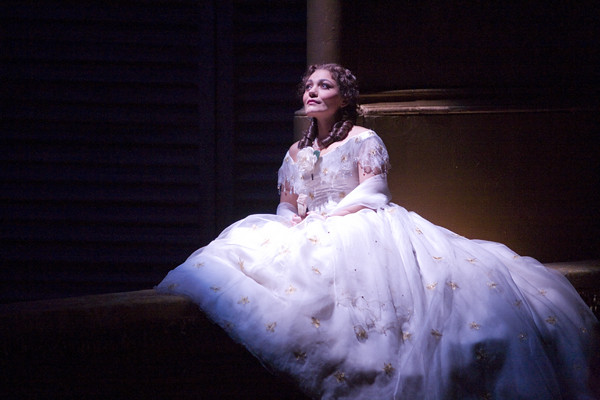 Aleksandra Kurzak is no stranger to The Royal Opera, where her Rossini roles have included Rosina, Mathilde di Shabran and Fiorilla.  Her new disc for Decca is a celebration of Rossinian high-wire acrobatics: opening with Semiramide’s famous bel canto show-stopper 'Bel raggio lusinghier', Kurzak dazzles throughout in a recital designed to show off her spectacular abilities. Kurzak’s voice is growing richer and she is clearly moving on towards a more dramatic repertoire: catch her in Rossini-mode while you can.

In the mood for a little summery schmaltz?  Polish tenor Piotr Beczala has just released his homage to Richard Tauber, and it is irresistible.  Beczala clearly idolises Tauber and he sings his great predecessors music with such flair and élan it’s impossible not to be swept away by it. Anna Netrebko makes a welcome appearance for the duet 'Lippen Schweigen' and Beczala even goes as far to duet with the great Tauber himself. It’s all good fun, and impeccably sung with real integrity. Enjoy without guilt!

Opus Arte has just launched a new venture with the Rosenblatt Recitals, and the first three discs of the collaboration are now available to savour: soprano Ailyn Pérez must take the winning stakes in a ravishing recital of song and opera, but Lawrence Brownlee impresses hugely throughout his recital of lieder, American song and spirituals. Anthony Michaels-Moore too, so long a favourite on the Royal Opera House stage, is in on superlative form with songs by Stanford and Vaughan Williams.  These three discs bring three artists to the recording front that are sadly under-represented thus far, and are hugely welcome.