This month the focus falls on new recordings from Anna Netrebko, Andris Nelsons and Diana Damrau. 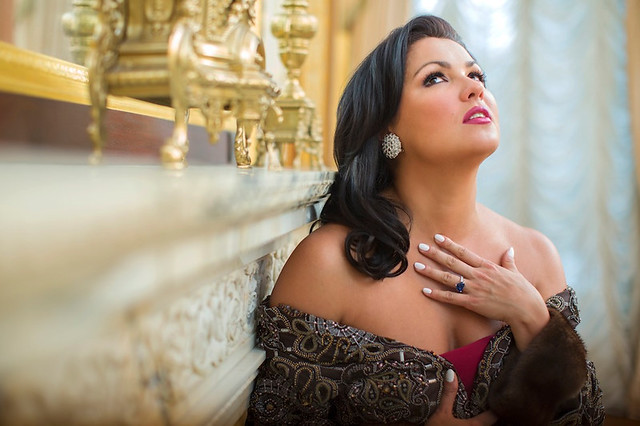 Anna Netrebko, hot on the heels of her recording of Strauss’s Four Last Songs, heads the cast of Deutsche Grammophon's new Iolanta. Tchaikovsky’s seldom performed opera, which had its premiere on the same night as The Nutcracker, is relatively neglected. However, this recording, and Netrebko’s championing of the work on stages around the world, will change perceptions. Conductor Emmanuel Villaume finds the tender wonderment at the heart of this beautiful work, and the cast is strong from top to bottom. As Iolanta, the blind Princess of the title, Netrebko dominates the opera, singing with unfailing beauty of tone and dramatic intent. She herself has said that the music of Iolanta is a source of joy – and on this hearing recording, it surely is.

Buy Iolanta from the ROH Shop.

As I write this, the sounds of the Orchestra of the Royal Opera House can be heard in the Covent Garden orchestra pit, rehearsing for Wagner’s Der fliegende Holländer, under the baton of Latvian conductor Andris Nelsons. His new recording of this opera, with the Royal Concertgebouw Orchestra and NDR Choir, must rank as the finest modern recording. The orchestra hurtles into the overture and Nelsons never lets the pace flag; there is tension even in the reflective moments, and when he gives the orchestra its head, it is genuinely thrilling. Terje Stensvold is vocally lighter as the Dutchman than we would expect, but he knows his way around the role, and there is a welcome balance between his Dutchman and Kwangchul Youn's Daland. Anja Kampe is magnificent in one of Wagner’s most difficult soprano roles, and with artists of the calibre of Christopher Ventris (Erik), Jane Henschel (Mary) and Russell Thomas (Steersman), this recording has everything going for it.

Diana Damrau is singing Donizetti's Lucia di Lammermoor to acclaim across the world at the moment. In this recording, a live performance, she takes ownership of the role. Completely in control of Lucia’s vocal pyrotechnics, without ever using them to show off, she understands the role perfectly, and uses the decoration to express emotion and growing insanity to chilling effect. She is surrounded by a stellar cast including Joseph Calleja, who sings with grace and unfailing style. The final scene, which includes the oft-cut Wolf’s Crag scene, gives Calleja’s Edgardo some additional dimension, and allows him a moment opposite Ludovic Tezier's Enrico (smoothly sung and thoughtfully characterized). Jesús López Cobos conducts his second recorded Lucia, leading a detailed and melancholy account without any loss of brilliance where it is needed.

Der fliegende Holländer runs 5–24 February 2015. Tickets are still available.
The production will be broadcast live to cinemas around the world on 24 February 2015. Find your nearest cinema.

Anna Netrebko will return to Covent Garden in May 2015 in La bohème. Tickets go on sale to the Friends of Covent Garden on 4 March with General booking opening on 31 March.