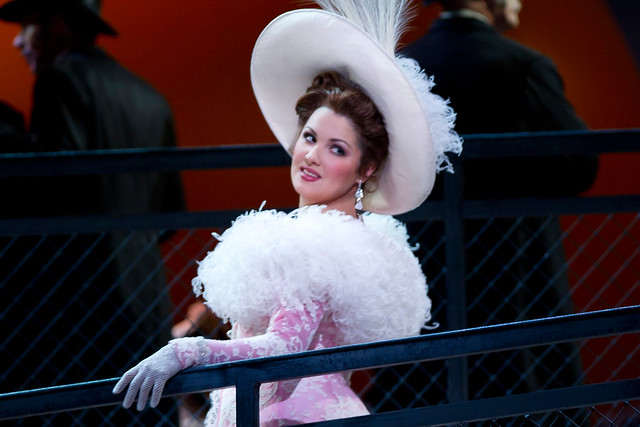 As summer broke, Cecilia Bartoli’s much heralded recording of Bellini’s Norma hit the shelves.  If, like me, you raised an eyebrow at the prospect of Bartoli taking on this most iconic of bel canto roles, you’ll understand why I waited a while to write about it.

You may also, like me, be forced to eat your proverbial hat. This is a fascinating and valid recording. Vincenzo Bellini's Norma must have seemed revelatory in 1831, and it does so again here under Giovanni Antonini’s taut and driven performance, free from the lushly Romantic sound we are used to in this opera. It crackles from the off, properly underlining the central conflicts that make Norma such as exceptional opera.

Is Bartoli the Norma we’ve all been waiting for? In some respects, yes.  The vocal grandeur of a Callas or Sutherland is not hers to command, but she matches the former’s intensity and sings with much of the latter’s tonal beauty. But hers is a far more intimately scaled portrait, and within the context of this recording Bartoli challenges and redefines our expectations. The other role casting helps maintain the lighter vocal balance: Sumi Jo is credibly girlish as Adalgisa against Bartoli’s more primal priestess. John Osborn is a lyric tenor with dramatic leanings, and his Pollione too is a perfect fit, as is Michele Pertusi’s Oroveso.

This is a Norma Bellini would recognise. It may not topple the already legion and legendary recordings we have, but it is a vital bookend to any bel canto collection and demands to be heard.

Signalling a new career path, Anna Netrebko’s new all-Verdi CD is a thing of inconsistent beauty.  There is clearly repertoire here that she is ripe to sing: the Trovatore exerpts, for example, are stupendously good: the line sustained, colours found, trills executed, drama communicated.  Her Lady Macbeth (a role debut as the Lady is already in her diary) is grandly sung with all the right spirit if wayward attack, and her Don Carlo Elisabetta a marvellous creation even in embryonic form.  Other passages fare less well – the Vêpres Bolero kept too much in the chest and robbed of brio, the breath too short at times.  But put the niggles aside: this is where Anna Netrebko is going, and on the balance, we are in for some very thrilling nights at the opera.

ICA needs an award given to them: they’ve mined a treasure of vintage ballet footage from the BBC archives, and released, on CD, the Callas Violetta and Tebaldi Tosca, both recorded live at the ROH.

And now comes Callas’ Medea, broadcast on 30 June 1959.  To all intents and purposes Callas’s stage career was virtually over – a handful of performances remained over the next five years, and a string of ill-advised concerts after that. Listening to this Medea makes the loss almost more incredible: Callas is in spectacular voice, biting through the drama, shaping line after line as only a master of their art can, and it is only in a live context that we can fully appreciate the size and thrust of her voice.  She shares the stage with her favourite Giasone, Jon Vickers and no less than a young Fiorenza Cossotto as Neris and Nicola Zaccaria as Creonte. Nicola Rescigno is an efficient conductor.  The performance is of its time – the orchestra is not entirely at home in this idiom, the chorus sounds willing rather than skilled, and the sound is decent, no more.  You will want this above all for Callas and Vickers, whose duet is worth the price of the disc alone.

The Royal Opera House Shop stocks a full range of recordings as well as DVDs and other merchandise.