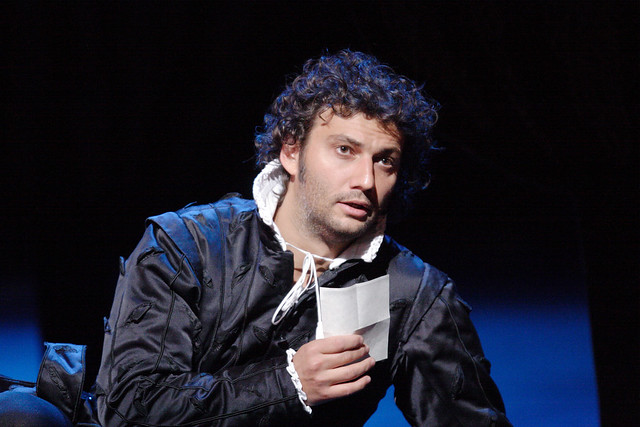 As part of our monthly series of recommended recordings from the Royal Opera House Shop, this month we take a look at releases from three great artists.

Jonas Kaufmann astonished with his all-Wagner recital earlier in the year. He follows it now with his Verdi Album, his first release on Sony.  Some of the repertoire is not an easy fit – don’t expect to see Kaufmann tackle the too-lyric Riccardo in Un ballo in maschera any time soon – but when the role is right, Kaufmann is unbeatable. The thirteen selections here cover both familiar and less well known Verdi arias, and it is evident that the tenor has thought each through from both a dramatic and a musical standpoint.  This is visceral and virile singing, never more so than in his two selections from Otello: a role debut we can only hope is not far distant. Listen to Jonas Kaufmann's Verdi Album on Spotify.

In an ironic nod to a natural succession, Sony have released Placido Domingo’s new all-Verdi album at the same time as the Kaufmann disc.  The great tenor is now singing the baritone repertoire, and this disc is a rich sampler of his stage roles of this voice type plus others he may never attempt.  His voice is no longer able to sustain long lines and sometimes colours can’t quite manifest; but - and it’s a big but - this is quintessential Verdi singing from a master of his art.  The deficiencies of age pale, and what remains is a blazing celebration of Verdi singing that breathes with an innate understanding of style and identification. A great recording all told, and not one I expected to deliver quite so eloquently. Listen to Plàcido Domingo's Verdi on Spotify.

The late – and great – soprano left little recorded legacy on her sadly early death in 2003.  Poised on the brink of a great career, Chilcott had recorded the first 25 tracks (all Copland songs) of this Opus Arte release, they were to mark her last recordings. They are reissued here, and enhanced by a further six tracks taken from a recital at her 'home' house, La Monnaie in Brussels, covering Strauss, Berlioz, Argento, Vaughan Williams, Britten and one last number by Copland.  Throughout she is a both instinctive and commanding artist, beautifully supported by Iain Burnside as her accompanist. A very special release and a disc of rare skill and charm. Listen to Susan Chilcott's The Shining River on Spotify.

The Royal Opera House Shop stocks a full range of recordings as well as DVDs and other merchandise.