Q&A: Send us your questions for Lauren Cuthbertson

The Royal Ballet Principal will answer a selection of your questions live on Twitter on 10 October. 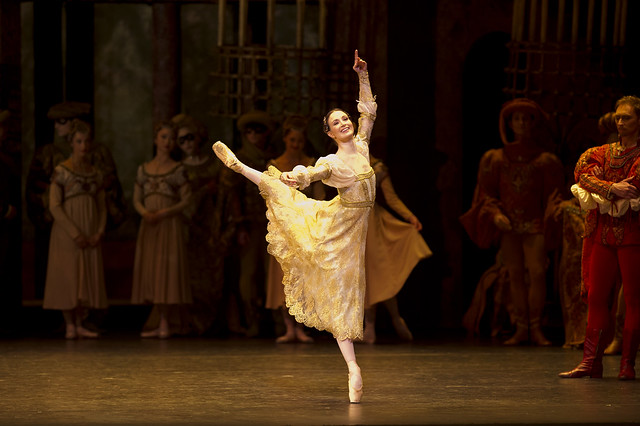 On Thursday 10 October, Royal Ballet Principal Lauren Cuthbertson will be joining us for a live Q&A on Twitter at 5pm.

What we’ll be asking her is up to you, so send us your questions via the comments area below or on Twitter using the hashtag #AskLondonBallerina. You might want to ask her about her favourite roles, how she prepares before taking to the stage, or her thoughts on Kenneth MacMillan's Romeo and Juliet - the work she's soon to perform with The Royal Ballet.

Lauren has held the rank of Principal since 2008 and joined the Company in 2002. For Alice’s Adventures in Wonderland Christopher Wheeldon created the role of Alice on Lauren, and a performance of the work was was captured on DVD. In the coming Season she's due to perform in Chroma, The Human Seasons, The Nutcracker, Jewels, Giselle, and The Sleeping Beauty. Off-stage, she's the patron of London Children's Ballet and National Youth Ballet as well as being a keen tweeter.

We’ll ask Lauren a selection of your questions via our feed from 5pm on the day, so make sure you follow us on Twitter before then. Recent Q&As include ‘twinterviews’ with singers Joyce DiDonato, Ermonela Jaho and John Tomlinson as well as The Royal Ballet’s Marianela Nunez and Thiago Soares and Yuhui Choe.

This article has been categorised Ballet and tagged Q&A, Twinterview, twitter