Head of Friends Susan Fisher on Nicolas Joël’s lavish production that brings to life the glamour of the Roaring Twenties. 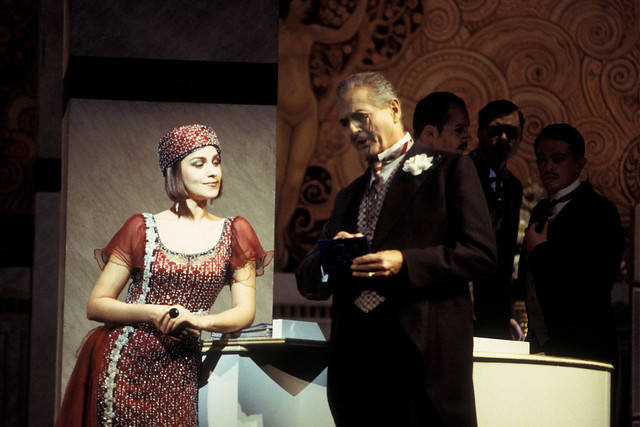 La rondine is not like any other work by Giacomo Puccini.  It has more in common with a Viennese operetta than a grand opera.

The premiere took place in Monte Carlo in 1917 but Nicolas Joël’s Royal Opera production of La rondine takes us to the era that came immediately after - the glamorous world of Art Deco, evoked with lavish costumes, fabulous jewellery and exquisite sets.

Magda, the heroine of the piece, is a courtesan who exploits men and their wealth. In her wonderful aria, Doretta's Dream, she imagines a different sort of life - true love with a penniless student. Unlike Mimi (Puccini's flirtatious heroine in La bohème), she does not die but continues her life as a kept woman, at the cost of abandoning the man who really loves her. Doretta's Dream turns out to be just a dream.

Like the characters of The Great Gatsby (currently playing to packed cinemas in Baz Luhrmann's starry film adaptation) the protagonists of La rondine live in a world of pretence, decadence and hypocrisy. Daisy Buchanan and Magda share many similarities.  Both are glamorous and compelling women, but also shallow and self-absorbed. Both are ultimately ruled by their instinct for survival.

I love this production, not least because Puccini's score is so unique. The show has everything: wonderful music, great dances and, above all, a great cast.

La rondine runs from 5 – 21 July. Tickets are on sale now. The production is sponsored by Coutts. Generous philanthropic support was given by Mr and Mrs Christopher W.T. Johnston and The American Friends of Covent Garden.