Props to you! Prop-making tricks of the trade revealed

Latex cakes, enormous metal horses and a record-breaking tree are just some of the impressive creations made behind the scenes. 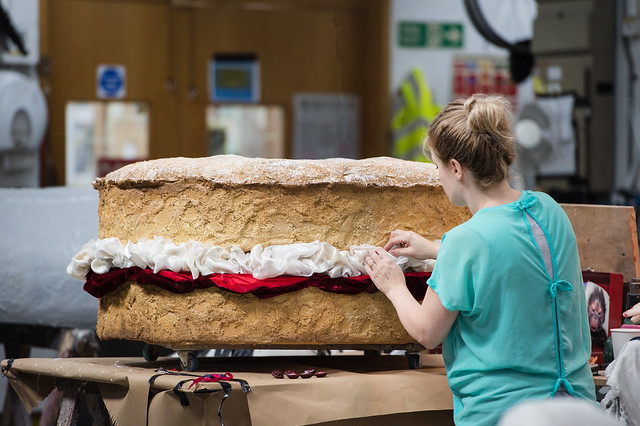 With such a variety of productions taking place every Season, each requiring its own list of essential on-stage items, there’s no such thing as a typical day in the Royal Opera House Prop Making department. The team are not just artists, but sculptors, engineers and welders, tasked with making bespoke items to complete the magical world we see on stage. So what techniques do they use to make these props, both realistic and fantastical? It depends on the brief, but certainly latex, polystyrene and paint are a prop maker’s best friends – along with a healthy dollop of imagination.

A colossus of the props world 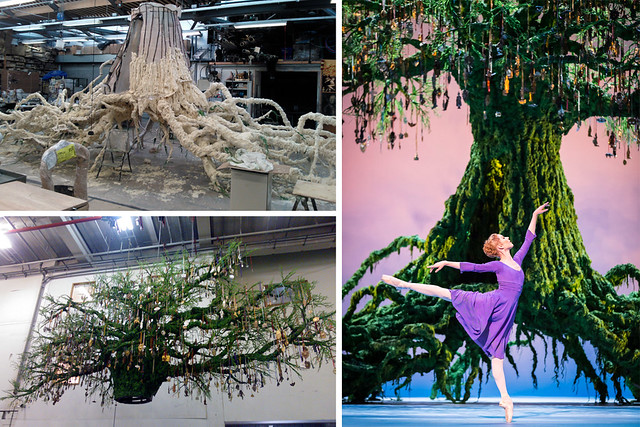 Where do you draw the line between prop and scenic art? The tree from The Winter’s Tale blurs the line, and holds the record for the biggest item built by the Prop Making department. At nine metres high and 11 metres wide, it had to be created in two pieces and put together for the first time backstage at Covent Garden, where the prop makers finally saw it in its full glory. As if building this mammoth tree wasn’t a big enough job, each trinket that hangs from its branches was also handcrafted. 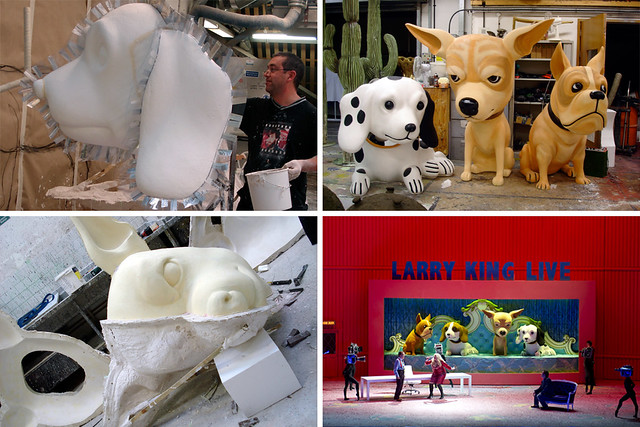 These lovable (if terrifyingly massive) canines started out as polystyrene sculptures, which were then used to create plaster moulds. They were brought to life in fibreglass and had their moment in the spotlight in the Larry King scene in Anna Nicole. 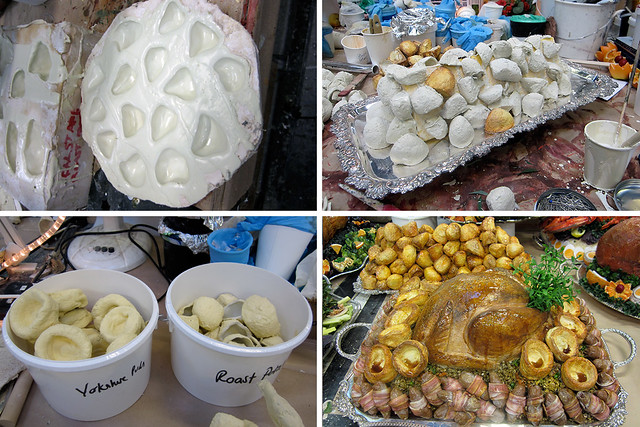 An extravagant fake food banquet was created for Verdi’s opera Falstaff, included meat, vegetables, salad, cakes, desserts and even prawn cocktails. To create this tantalizing roast meat feast our prop makers used real food covered in plaster to make moulds. The ensuing latex potatoes and Yorkshire puddings were then carefully arranged and painted to give their realistic appearance.

It’s all in the detail 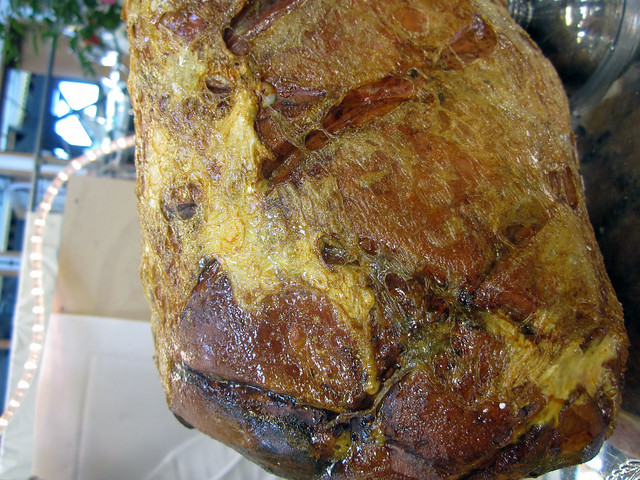 When it comes to turning inedible materials into mouthwatering morsels, it’s fair to say there are no hard and fast rules. After experimenting with different techniques, there was only one way to make this polystyrene piece of meat from Falstaff look like it was fresh out of a roasting pan: melted bubble wrap, creating the fatty, cooked finish. This delicious hunk of ham was even ‘flavoured’ with real cloves, covered in glue to stop them rotting. 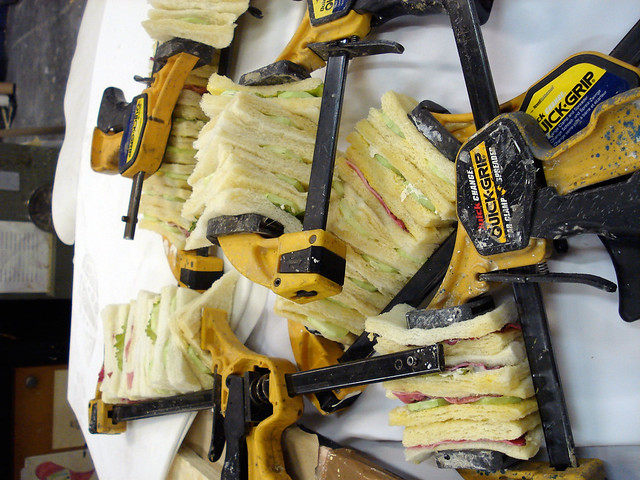 These tasty-looking sandwiches for Alice’s Adventures in Wonderland were actually made out of latex and foam, with some heavy-duty clamps needed to glue them together. 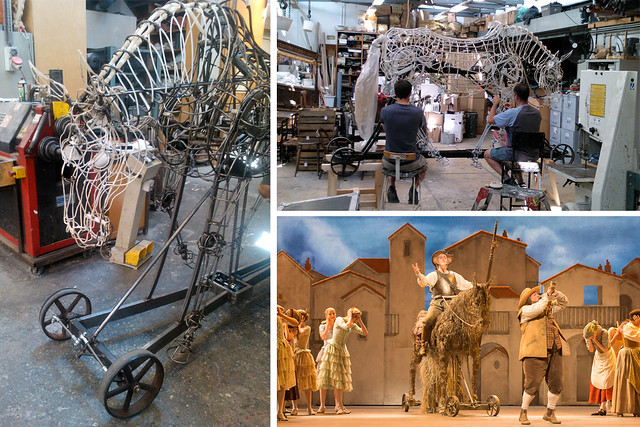 Although real-life horses have famously trodden the boards of the Royal Opera House, for Don Quixote a metal horse was custom-built by our prop makers. They engineered a special mechanism so that when wheeled, the horse appeared to be walking. The metal structure was covered in cloth tape to hold the materials that created the hairy look of the horse – the perfect shaggy steed for the hapless Don Quixote.

A carriage fit for a queen 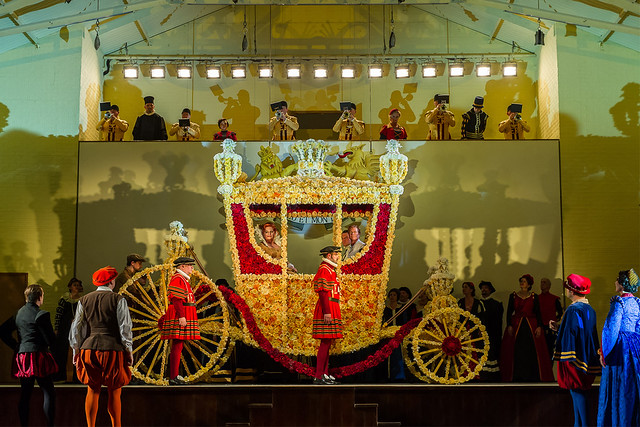 It was time to get the welding tools out to create this spectacular carriage for the 50th anniversary revival of Gloriana. The props team welded metal a metal frame together all the way up to the finials, and then added the finishing touch with hundreds of cloth flowers.

Hero with a thousand faces 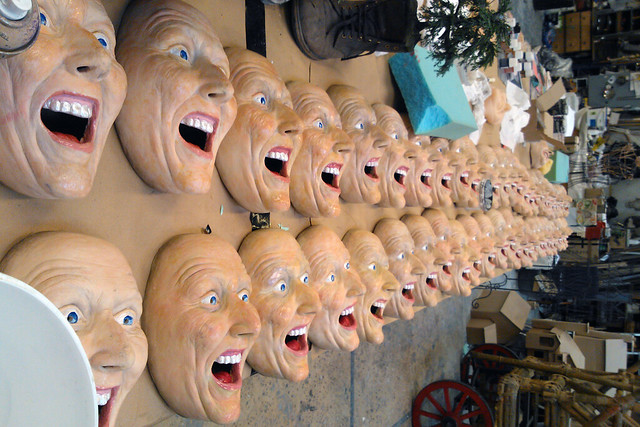 To make these masks for Parsifal, the props team created a clay model of soprano Angela Denoke’s face, based on a photograph. They were then able to create a mould, which was then filled again and again with a special expanding foam, from which the identical faces emerged over a three week period.

So next time you’re at the opera or ballet, spare a thought for the props, and the sheer amount of time, thought and latex that’s gone into them.