Prizes for The Royal Ballet at Benois de la Danse 2019

Vadim Muntagirov and John Macfarlane scoop awards for their contributions to Swan Lake. 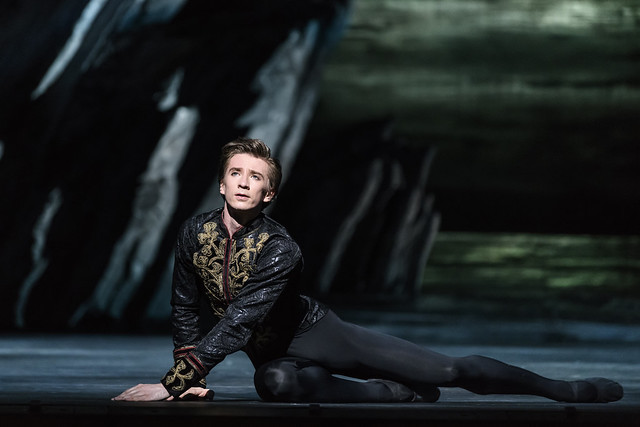 The Royal Ballet is delighted to share that Principal dancer Vadim Muntagirov and designer John Macfarlane have been announced as laureates of the Benois de la Danse 2019. The results of this prestigious international competition were announced at a gala at the Bolshoi Theatre in Moscow on 21 May.

Vadim Muntagirov was awarded the title of best dancer for his performance as Prince Siegfried in Liam Scarlett’s production of Swan Lake for The Royal Ballet. John Macfarlane received the scenography prize for his designs of the same production.

Director Kevin O’Hare said, ‘I am thrilled that the supreme artistry of Vadim and John have been recognised in this way. Vadim’s performances were a dazzling feat of technical finesse and expressive poetry in the role of Prince Siegfried, and John – ever the master of theatrical design – created truly exceptional and evocative sets and costumes for this production. Our congratulations to them both.’