Throughout 25 years spent at the Royal Opera House in numerous roles, Findlay was committed to widening access to opera and ballet. 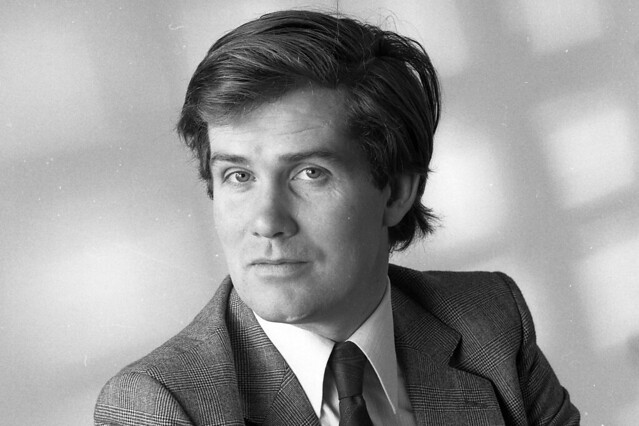 Paul Findlay, Director of Opera of The Royal Opera from 1987–93, has died.

Perhaps the most notable aspect of Findlay’s career at the Royal Opera House was his commitment to making opera and ballet accessible to, in his words, ‘as wide a public as possible’, well beyond the confines of Covent Garden. He played a leading role in creating Schools’ Matinees and initiated Big Top performances for The Royal Ballet and Sadler’s Wells Royal Ballet, where the ballet companies performed in circus tents around the country.

The first BP Big Screen in Covent Garden Piazza in 1987 was his initiative, and he also pioneered open-air concert performances of opera at Kenwood House, Hampstead Heath, in addition to numerous broadcasts of opera and ballet on BBC television and radio. Further initiatives include, in 1991–2, The Royal Opera’s performances of Turandot at Wembley Arena, seen by more than 50,000 people. He introduced the use of surtitles at the Royal Opera House, transforming audience response to opera performed in its original language.

Findlay was committed throughout his time at the Royal Opera House to ensuring there was access for the disabled to see performances at Covent Garden. He was no less active in finding ways for audiences to enjoy opera and ballet at home. In 1979 he launched Covent Garden Video Productions, the first video arts company of its kind, and in 1989 established Covent Garden Records, in association with Conifer Records. Further innovations include the computerization of the box office and the introduction of phone credit-card payments.

Between 1976 and 1988 he arranged more than 50 tours of the Royal Opera House companies to more than 30 countries, including China, India, Korea, Russia and New Zealand. He was responsible for bringing many visiting companies to the Royal Opera House, including La Scala, Milan, New York City Ballet, Paris Opera Ballet, Bolshoi Ballet, Kirov Opera and Ballet, Dance Theatre of Harlem and Central Ballet of China. As Director of Opera he strengthened links with other British companies through co-productions and shared performances, particularly with Scottish Opera and Welsh National Opera.

During his tenure as Director of Opera Findlay doubled the number of productions new to the Royal Opera House seen per Season, and established co-productions with companies from across Europe, the Soviet Union and the USA. Particular highlights of his directorship included the UK premiere of Berio’s Un re in ascolto, in an award-winning production by Graham Vick; the world premiere of Birtwistle’s Gawain, broadcast on BBC Television; and Götz Friedrich’s Ring cycle, conducted by Haitink. In 1988 Sian Edwards became the first woman to conduct at Covent Garden, conducting performances of Tippett’s The Knot Garden.

After retiring as Director of Opera Findlay went on to work with the Royal Philharmonic Orchestra and the Mariinsky.

Peter Katona, The Royal Opera’s Director of Casting, says, ‘Paul Findlay made important contributions to the development of The Royal Opera during his tenure as Opera Director, and his unfailing enthusiasm and energetic personality will not be forgotten by anyone who worked with him’.

Alex Beard, Chief Executive of the Royal Opera, adds, ‘Paul Findlay was wonderful man and a great friend and colleague to all those he worked with at the Royal Opera House over so many years. His dedication and commitment to this great institution was coupled with a determination to extend the reach of both opera and ballet, ensuring that both new and wider audiences had the opportunity to enjoy these remarkable art forms. His warmth and wisdom will be hugely missed and all our thoughts are with his family at this difficult time’.

This article has been categorised Off stage and tagged Director of Opera, obituary, Paul Findlay, The Royal Opera