An effortless and moving statement of undying love, this aria from opera's earliest years by Luigi Rossi deserves to be far better known. 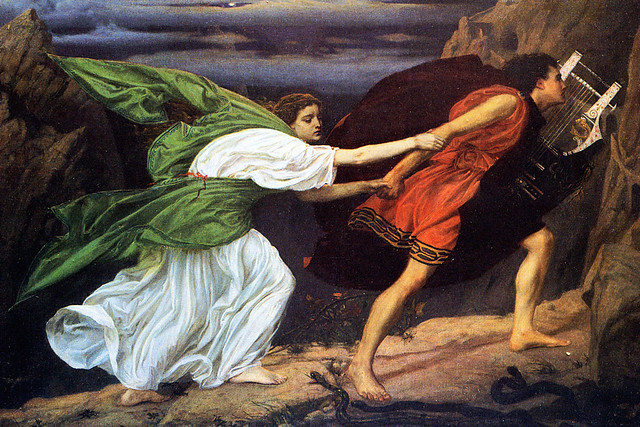 Luigi Rossi’s Orpheus was written in Paris in 1647, at a time when the French capital was in the grip of a craze for all things Italian. Rossi had arrived there from Rome the year before, and was soon commissioned to create an authentic Roman opera – although, of course, one that was bigger, brighter and basically better than any opera that had ever been given in Rome.

With Orpheus, Rossi served up a wealth of music, creating a fast-moving series of ensembles, solos and dances that piles comedy and tragedy almost on top of one another. That it works is down to the ability of his music to turn on a penny, suddenly wringing pathos from what had until seconds before been pure silliness. Eurydice’s exquisite Act II aria, ‘Mio ben teco’, is just one striking example of this musical mercurialness.

Eurydice has been hurrying to the temple, desperate to find an answer to the bad augurs that accompanied her wedding to Orpheus. She is accosted on the way by Venus, disguised as an old woman (and sung by a tenor en travesti), who is scheming to find a way to replace Orpheus with her favourite, Aristaeus. The old woman cackles that she has the answer to Eurydice’s prayers: she should leave Orpheus and find a chap less ill-omened. Eurydice responds with all the indignation a romantic heroine can muster, and much bickering follows – right to the very start of ‘Mio ben teco’, intended by Eurydice as final proof of her devotion to Orpheus.

And then almost before we know it we are in a musical world very far away from the farce of mischievous meddling goddesses. Within the very first bar Rossi establishes an atmosphere of contemplative calm. There is no change to the orchestration – the continuo accompanies the aria, just as it did the preceding recitative – and nor is there an instrumental introduction to cement the change in direction. But within a bar Rossi captures our attention, and in the rest of this short aria his music exerts an almost hypnotic power, as Eurydice sings of the pains of love, and its sweetness.

The means with which Rossi achieves this are almost as simple as the transition itself. The small group of accompanying continuo instruments plays a very short ostinato (an ‘obstinate’ repeating sequence of notes) of just four descending notes (a ‘tetrachord’) from the minor scale. The ostinato descends slowly, one note per bar, with ornamentation by the continuo. Over this meditative bass, Eurydice sings in long, beautiful flowing lines, sometimes dovetailing with the four bars of the ostinato, sometimes pulsing across the transitions. Ostinato and vocal line together create a powerful atmosphere of seriousness, beauty and undying constancy. After ten statements of the ostinato it diverts and becomes more rhythmically and harmonically active, responding to Eurydice’s increasing agitation.

This structure had a proven track record when Rossi used it in ‘Mio ben teco’. In fact, it seems to have been one of the most popular forms in opera contemporary with Rossi – a popularity largely credited to Monteverdi’s wonderful, highly influential ‘Lamento della ninfa’ from the Eighth Book of Madrigals of 1638. So successful was Monteverdi’s aria that the descending tetrachord quickly became closely associated with the lamento, already a key part of early opera; composers, audiences and theorists alike admired the ability of this simple structure to set the aria apart from its surroundings and to create an intense, cathartic expression of emotion. Rossi’s aria shows us that the form wasn’t exclusively used for laments, although he and his audience would surely have had in mind the tragic end of Orpheus and Eurydice’s love. That said, Venus doesn’t give us much room for reflection: she dives in as soon as the aria is finished to resume the squabble.