Monteverdi shows both technical mastery and breathtaking innovation in this ravishing aria, a centrepiece of the opera. 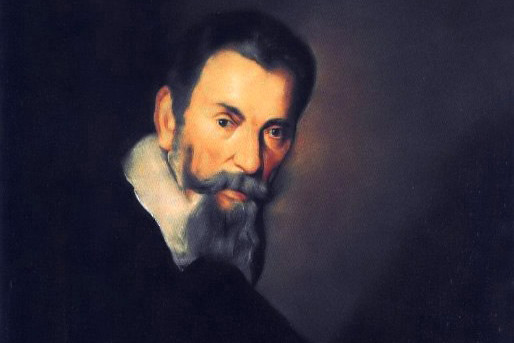 Copy of a portrait of Claudio Monteverdi by Bernardo Strozzi, hanging in the Gallerie dall'Accademia in Venice (1640)

Can you beat Orpheus as an operatic hero? At the dawn of opera, composers sought heroes and stories that would let them demonstrate the unique power of music and drama. The mythical Orpheus, a musician of extraordinary power, was the ideal candidate. For Monteverdi and his contemporaries, the myths of a man able to charm all living things (even stones!) with his music was the perfect vehicle to explore the supremacy of song. It was also a gauntlet-throw to themselves to write music that could represent the all-conquering song of Orpheus himself.

The first great opera, Monteverdi’s Orfeo (1607) contains much music of exquisite beauty. But its undeniable centrepiece – both literally and figuratively – is Orfeo’s Act III aria ‘Possente spirto’ (‘Powerful spirit’). In this virtuoso display, Orfeo musters all his god-given powers in an attempt to charm the unyielding Charon into taking him across the river Styx, so that he may rescue his wife Euridice from death. For Monteverdi, it is an opportunity to demonstrate both his mastery of traditional forms and his many musical innovations.

Like much of the music in Orfeo, ‘Possente spirto’ is sung in verses separated by instrumental ritornellos (returning musical passages). The instrumentation of Orfeo is broadly split between strings connoting the sunlit lands of Thrace and brass reflecting the dark and sombre underworld. But ‘Possente spirto’ is a demonstration of musical power, and accordingly Monteverdi draws on all three of the main classes of instruments of his time. So the first instrumental interruptions are played on two violins (bowed); the second on two cornetts (wind); and after a return of the violins, finally by a harp (plucked). What the ritornellos share is a sense of ghostly echo – an unmistakeable suggestion of Orfeo’s isolation at the gates of Hades.

The first four stanzas of Orfeo’s vocal line are in the form of a traditional – if virtuoso – late Renaissance song. Above a modified passamezzo antico chord progression in the bass (a recurrent structure that the audience of the premiere likely would have recognized), Orfeo sings a vocal line that transforms in each stanza, and which is to be sung with glorious ornamentation.

As a largely improvisational decoration, ornamentation is not something for which there is much written evidence – but the 1609 score for Orfeo (our earliest musical source for the opera, and available to view in full) is a rare and invaluable example. Monteverdi wrote two lines for the singer: one plain, which the singer could ornament himself, and one with the ornamentation written in, in a demonstration of what the composer might expect to hear (and which is usually performed in modern productions). This ornamented line is not only a crucial resource for the manner of ornamentation in Monteverdi’s day; it also demonstrates the use of increasing ornamentation to further the aria’s growing intensity.

But both ‘Possente spirto’ and Orfeo itself are about much more than the mastery of traditional forms. Monteverdi was a leading advocate for what came to be known as the seconda pratica (second practice), a compositional process that sought to use music to further a story. Thus, Orfeo’s mention of Euridice’s name in the fourth stanza leads him to abandon the florid ornamentation and relatively consistent structure that had gone before. He sings the final stanzas in simple, passionate, urgent declamation. It is a powerful and painful expression of Orfeo’s anguish, and a forthright statement by Monteverdi on the potential of the seconda pratica.

It is an oddity of Orfeo that Monteverdi seems to suggest all this mastery and innovation comes to nothing. Charon is unmoved by Orfeo’s song, and, in the same music with which he greeted him, declines to let him pass – Orfeo and Monteverdi have met their match. Perhaps it is meant as an indictment of the inattentive listener, or a simple plot device to increase our sympathy with Orfeo and our joy when he finally finds a way through. Either way – Charon is surely alone in his unimpressed response to this aria of great beauty, imagination and emotional truth.

Discover more about Monteverdi in the exhibition Opera: Passion, Power and Politics, at the V&A Museum 30 September 2017–25 February 2018.