Operalia performance to bring together cream of operatic talent 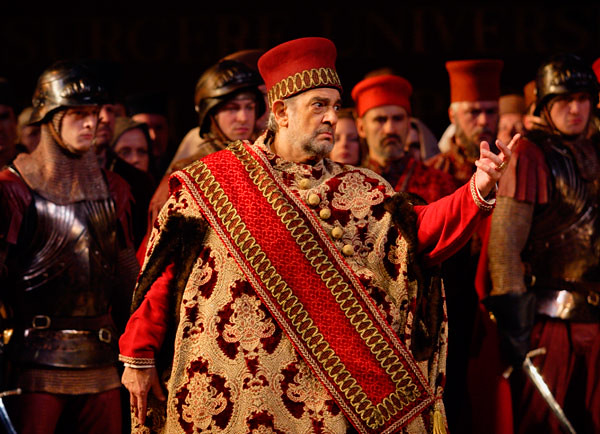 Some of the world’s finest opera singers come together on the main stage tonight to perform in Plácido Domingo's Operalia Winners.

The line-up features opera greats familiar to Royal Opera audiences, including Joseph Calleja, who recently sung the role of Rodolfo in La bohème; and Erwin Schrott, who performed the titular role in Don Giovanni earlier in the season. A number of previous winners including Stefan Pop, Julia Novikova and Sonya Yoncheva will make their Covent Garden debuts.

The concert, part of the London 2012 Festival, is the first time that former Operalia winners have been brought together in this way. The competition was founded by Maestro Domingo in 1993 to help identify the stars of tomorrow and has been described by its founder as "the Olympic Games for opera".

Each year, Operalia receives over 1000 entries from singers between the ages of 18 and 32. A select 40 are invited to perform in a series of concerts, where they are judged by a jury of 10 opera experts, including stage directors and casting directors as well as singers.

The winners of this year’s competition - which took place in June, include Antonio Poli - who recently sung the role of Cassio in Elijah Moshinsky’s production of Otello.

Tonight's performance marks the close of the season for The Royal Opera. The 2012/13 season kicks off with the full staging of The Ring Cycle, opening with Das Rheingold on Monday 24 September.

Leave a reply to Jon · Cancel