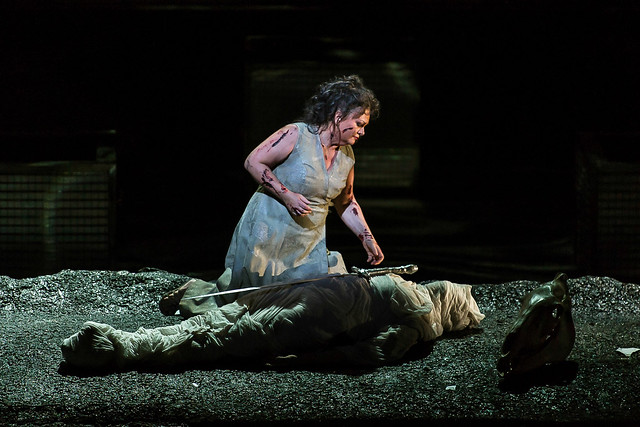 In one of the most famous scenes in opera, Brünnhilde rides into a funeral pyre and ends the world as she knows it, bringing the curtain down on the age of the gods, on Götterdämmerung and on Wagner’s epic Ring cycle.

Opera has long proved to be an eloquent and evocative medium through which to explore the human-scale impact of apocalyptic events – events that are so seismic they change everything that comes afterwards. It’s no coincidence that some of the greatest operas are set in historical periods of huge upheaval.

A quick look at operas being performed at the ROH and elsewhere is a snapshot of conflict. Puccini’s Tosca takes place against a backdrop of war and revolution, the political turmoil of the historical setting of Rome in 1800 spilling over into the events on stage. Set just a few years earlier in the French Revolution, Poulenc’s Dialogues des Carmélites looks at the human-scale impact of the Reign of Terror. His poignant re-telling of the story of a group of nuns persecuted by the revolutionaries reaches unbearable intensity in the final scene, where one by one the Carmelites are executed at the guillotine. 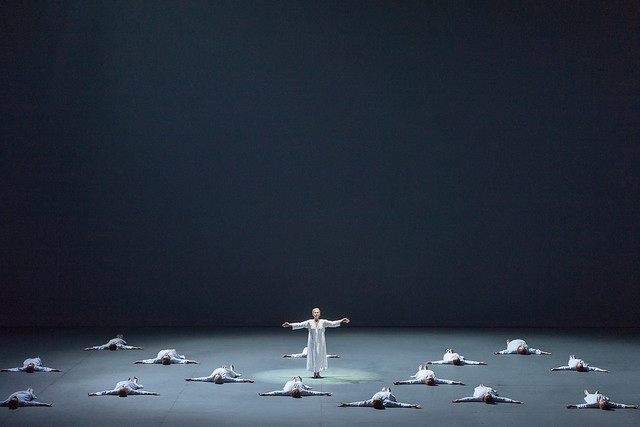 John Adams’s The Death of Klinghoffer places an individual story within the context of violent struggles in the Middle East; and Mark-Anthony Turnage’s The Silver Tassie (based on a play by Sean O’Casey currently at London's National Theatre) reflects on the horrors of World War I.

But what comes next? What happens in the aftermath of the revolutions and wars that composers so readily depict?

A growing number of composers have looked beyond the catastrophe to explore life in a post-apocalyptic world. Ligeti’s Le Grand Macabre and Weill's Rise and Fall of the City of Mahagonny are both set in worlds that have experienced some kind of apocalypse – La Fura dels Baus' English National Opera production of the former sets the opera in the body of a woman who is about to die. This growing repertory of post-apocalyptic operas has led to a parallel trend among directors.

The Royal Opera House’s own Ring cycle directed by Keith Warner takes place in a dystopian world on a set littered with bomb-damaged buildings, the ruins of a plane and decomposing bodies. Katharina Thoma’s Ariadne auf Naxos for Glyndebourne replaces the Prologue’s fireworks with an air raid, and sets the opera in a World War II hospital. David Pountney's take on Berg’s Lulu for Welsh National Opera gives the opera a decidedly post-apocalyptic feel, with staging that includes bodies on meat hooks and a set made of bare scaffolding. Hans Neuenfels set Lohengrin for the Bayreuth Festival in a lab overrun by giant rats from a horrific dystopian future.

The stage has always been a place on which to explore dangerous, frightening and threatening ideas, in the knowledge that the ‘fourth wall’ keeps us safe: it’s not really the end of the world, after all.

But in writing the opera Quartett, based on a play by Heiner Müller, composer Luca Francesconi had quite a different aim in mind, as he explained in an interview: ‘Quartett is the abyss that opens wide within the four walls of our home. Even as spectators we think we are safe in our seats, watching the peep-show taking place on stage before us. But there could well be someone else watching us at the very same time. The claustrophobic cell we are watching becomes a metaphor for the whole of Western civilization.’

In Francesconi’s world, we can’t be sure the apocalypse is confined to the stage.

The Royal Opera's new production of Quartett runs 18–28 June 2014. Tickets are still available.
The production is given with generous philanthropic support from Mr Stefan Sten Olsson, and is a co-production between The Royal Opera, Opéra de Rouen and London Sinfonietta.