Our quick guide to Verdi's thrilling tragedy of love, politics and betrayal. 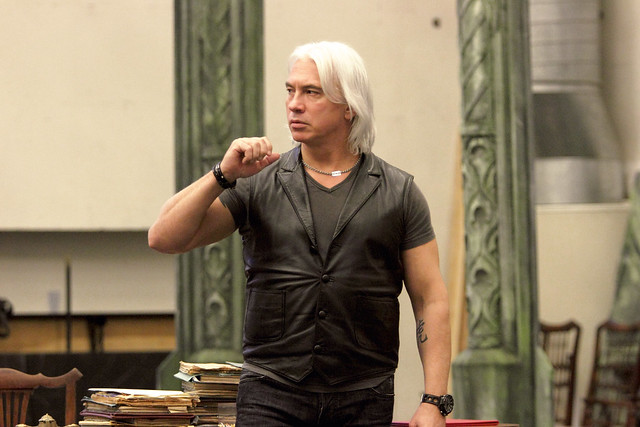 The Story Begins…
Riccardo, the idealistic and liberal ruler of a troubled country, has fallen in love – with Amelia, the wife of his advisor and best friend, Renato. Will he renounce her for the good of his people? Or will his recklessness prove his undoing?

Changes of Location
The story of Un ballo in maschera is based on a real event – the assassination of King Gustav III of Sweden by the military officer Jacob Johan Anckarström at a masked ball. The censors, first in Naples and later in Rome, refused to let Verdi depict the murder of a king onstage. Verdi and his librettist Somma came up with alternative scenarios – with locations including 17th-century Pomerania and Gothenburg in the 18th century – before agreeing with the censors to move the action to 17th-century Boston.

A Turbulent Setting
Katharina Thoma draws parallels between the environment of Riccardo’s court and the political uncertainty in Central Europe in the years immediately prior to World War I, with an old regime teetering on the verge of collapse. Riccardo’s premonition of his approaching death is reflected in his people’s growing fascination with the supernatural and attempts to communicate with the dead. This obsession with death even pervades Riccardo’s relationship with Amelia, the woman he loves.

An Opera of Contrasts
Un ballo in maschera is an opera of musical extremes: the frivolity of the page Oscar, the elegant dance music of the masked ball, the lyrical despair of Amelia’s arias and the ‘jocular macabre’ style of the conspirators. Particularly striking is the dark music of the witch Ulrica, including her terrifying aria ‘Re dell’abisso affrettati’. These extremes are outlined in the opera’s prelude, which explores a vast range of musical ideas and introduces recurrent themes.

A Showcase for Great Singers
Un ballo in maschera has featured regularly in the repertory at the Royal Opera House since its Covent Garden premiere in 1861. Many great singers have sung the lead roles here, including Enrico Caruso, Plácido Domingo, Luciano Pavarotti and José Carreras (Gustavo/Riccardo) and Eva Turner, Joan Sutherland, Montserrat Caballé and Karita Mattila (Amelia).