Our quick introduction to this fabulous Baroque opera. 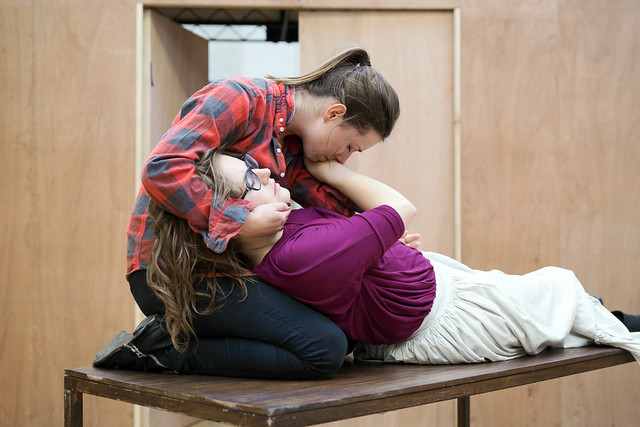 The Story Begins…
Orpheus loves Eurydice – but Aristaeus loves her too. Aristaeus calls on the help of Venus, goddess of love, who has her own reasons to hate Orpheus. However, Venus’ attempts to turn Eurydice’s head fall on deaf ears, so in anger she brings about her death by serpent-bite. The Fates advise Orpheus to use his powers as a musician to win Eurydice back from the Underworld – and meanwhile Eurydice’s ghost drives the guilt-ridden Aristaeus into madness…

A Spectacular Showpiece
Italian composer Luigi Rossi (c1597–1653) is best known for his wonderful songs, and wrote only two operas. The second of these, Orpheus, was written in Paris, where Rossi followed his exiled patron Cardinal Antonio Barberini. Rossi and Barberini arrived at a time when Cardinal Mazarin’s influence meant that Italian culture was much in demand, and soon after his arrival Rossi and his librettist Francesco Buti secured the commission for the first opera written specifically for France. Rossi produced a spectacular work incorporating many different styles and forms, including the influence of French dances, and music that allowed ample opportunity to use the lavish French stage effects.

A Highly Original Orpheus
The Greek myth of Orpheus has inspired operas from the very beginnings of the art form. Many of these have focussed on the central couple – but Rossi’s version is very different. His and Buti’s story introduces a host of subplots and secondary characters to surprise their sophisticated French audience, from trios of Fates and Graces who lead the hero on his way, to a comedy duo of a satyr and an old woman, who provide acerbic ironic commentary on even the most tragic of events. The result is a thrilling kaleidoscope, as Rossi and Buti tell their story with deft rapidity through a series of fast-moving solos, ensembles and dances.

Theatre by Candlelight
The Sam Wanamaker Playhouse, Shakespeare’s Globe, is a meticulously researched reconstruction of an archetypal Jacobean theatre. This intimate theatre has a seating capacity of just 340, and though it is equipped with modern lighting almost all productions are exclusively lit by beeswax candles. The theatre’s opening in January 2014 was soon followed by the first collaboration between The Royal Opera and Shakespeare’s Globe, a sell-out production of Francesco Cavalli’s L’Ormindo. Directed by Kasper Holten and performed with the Orchestra of Early Opera Company, the production received five-star reviews across the board.

Meet the Team
This new production of Rossi’s Orpheus is directed by acclaimed English opera director Keith Warner, who has previously directed Der Ring des Nibelungen and Wozzeck for The Royal Opera. For Orpheus he is joined by regular collaborators designer Nicky Shaw and choreographer Karl Alfred Schreiner. Christopher Cowell, whose credits include L’Ormindo at the Sam Wanamaker Playhouse, provides the translation. The Orchestra of Early Opera Company returns under the baton of Christian Curnyn, while the largely British cast includes many up-and-coming artists and three singers from the Jette Parker Young Artists Programme.

Orpheus runs 23 October–15 November 2015 at the Sam Wanamaker Playhouse, Shakespeare’s Globe. A limited number of tickets are available through the Globe’s website.