Love and death in bohemian Paris – a guide to Puccini's poignant opera, as the curtain goes up on John Copley's classic production. 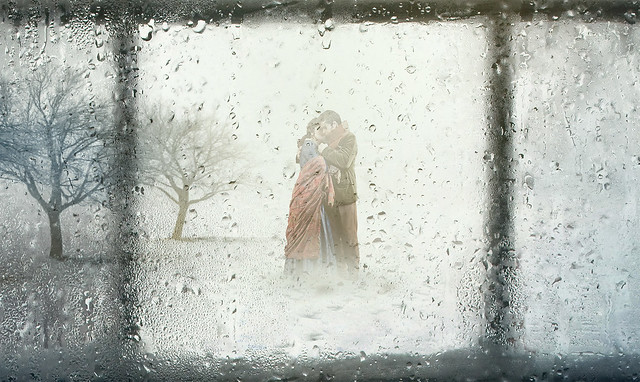 When a penniless writer, Rodolfo, meets a young seamstress, Mimì, it is a case of love at first sight. As it dawns on him that she is gravely ill with consumption, will he leave her or stay?

Designer Julia Trevelyan Oman meticulously researched Parisian life of the
1830s and 40s for this production. Highlights include Marcello’s painting
in Act I, the careful layout of the bohemians’ attic, complete with four beds, and the brilliantly-created Paris street scene in Act II, including a three-level Café Momus with an upstairs billiard room. Find out more about Oman's extensive research for the production.

Puccini began to plan an opera based on the French writer Henri (known as Henry) Murger’s popular novel Scènes de la vie de bohème in 1893. Unfortunately his friend Ruggero Leoncavallo was contemplating an opera on the same subject, and claimed he’d thought of the idea first. Puccini issued a challenge: the public could decide which opera they preferred. Although Leoncavallo’s La bohème initially had better reviews, the public preferred Puccini’s.

Love and Death in Bohemian Paris

Henry Murger’s Scènes de la vie de bohème is a series of short stories based on the author’s poverty-stricken existence among young Parisian artists. The tone of the stories is generally satirical; only two of the stories are tragic. Scènes de la vie de bohème was published as a book in 1851. Murger and his friend Théodore Barrière also wrote a successful melodramatic play, La Vie de bohème (1849). Puccini and his librettists drew on a limited amount of material from Murger’s stories and play, altering much of the plot and making the principal characters more sympathetic.

La bohème is famous for its beautiful arias and duets, above all Mimì and Rodolfo’s arias and duet in Act I. It also contains some wonderful evocations of Parisian life, including the hustle and bustle of Christmas Eve in the streets outside the Café Momus, and dawn on a winter day on the outskirts of the city.

La bohème runs until 16 June 2015. Tickets are still available.
The production will be broadcast live to cinemas around the world on 10 June 2015. Find your nearest cinema.